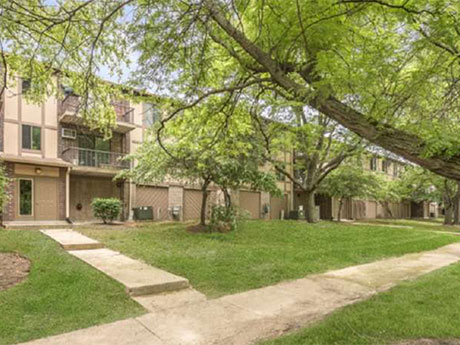 Quail Ridge of Naperville Condominiums was built in 1977.

NAPERVILLE, ILL. — 33 Realty has brokered the $21.7 million sale of Quail Ridge of Naperville Condominiums in the Chicago suburb of Naperville. The buyer, Bear Peak Capital, will convert the units from condominiums into apartments and also make upgrades. The property was originally built in 1977. Matt Petersen and Sean Connelly of 33 Realty represented the buyer. Under the Condominium Property Act in Illinois, condo unit owners can elect to sell a property if 75 percent or more are in agreement. Sellers then have the option to either move out of their units or lease them back from the new owner.