Activity in Orlando’s Office Market is Fueled by Flight to Quality, Tech Industry 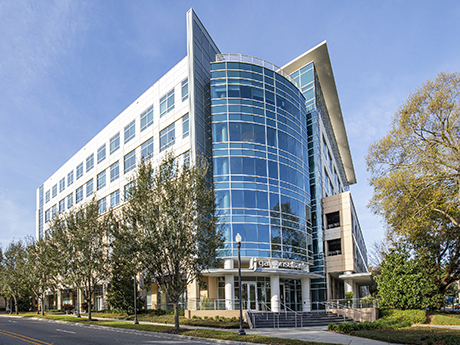 As companies have been making decisions on their return to the office, the Orlando market has seen increased activity with numerous large, long-term leases signed, predominantly fueled by smaller local users and corporate relocations from other markets. Kimley-Horn’s relocation and expansion to 60,000 square feet in downtown Orlando marked one of the largest transactions in the past five years.

While still up 20 basis points year-over-year, total vacancy saw its first drop in the last four quarters. Vacancy was consistently holding at 13.3 percent from third-quarter 2021 until it fell 30 basis points this quarter to 13 percent. The major driver of the drop was vacant sublease space being withdrawn or leased. Although firms are still seeking sublease route for their office space, we believe more space will be given back in the near term.

We are seeing an increased pattern of flight to quality, where corporate users are focusing their attention on submarkets and assets that provide higher quality workplaces and better experiences. Employers’ desire to focus on creating a quality workplace environment is not only driven by their want for employees to return to the office, but also to increase recruitment and retention of talent.

The office market outlook is currently positive for the remainder of 2022, with over 450,000 square feet of tenants expected to take occupancy in the next two quarters. We are tracking an increased demand for office space from out-of-market users, specifically those with a strong need for labor with tech or engineering backgrounds. The majority are seeking to hire college graduates from University of Central Florida, as well as other nearby colleges and universities.

According to CBRE’s latest Tech Talent Report, Orlando produced 13,449 tech degree graduates between 2016 and 2021, and Orlando’s tech workforce grew by 17 percent, adding 6,180 jobs. That translates to an ample supply of tech talent becomes available each year for workforce growth.

The report defines tech talent as 20 key tech professions — such as software engineers and systems and data managers — across all industries. Overall, Orlando is among the biggest gainers in this year’s report, rising three spots from last year’s ranking to No. 29.

The market’s tech talent labor pool is the third-largest among small tech markets, which is defined as markets with less than 50,000 tech workers, with 42,860 workers representing 3.7 percent of the metro’s total employment in 2021.
In general, we are cautiously optimistic that the Orlando office market will make a full recovery and we will once again see office vacancies closer to pre-pandemic levels.

However, due to high construction costs, increased tenant improvement budgets are forcing office users to ask for higher allowances from landlords, which in-turn puts an upward pressure on the asking and strike rates.

Average asking rents had a small increase of 0.2 percent over the quarter, bringing the year-over-year increase to 1.5 percent, and closing the quarter at $26.22 per square foot. We believe rent growth will continue to be a pattern in the near future.