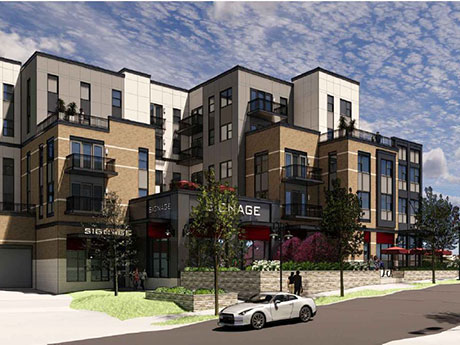 The Annex of Bloomington will consist of 102 units across two buildings.

BLOOMINGTON, IND. — The Annex Group has closed on funding and started construction of The Annex of Bloomington, a $23 million workforce housing community in Bloomington. The 102-unit, two-building property will be situated within an area called the University Village Downtown Character Overlay District. Completion is slated for spring 2023. The project team includes general contractor Gilliatte General Contractors Inc., architect KTGY and engineer Smith Design Group Inc. Star Financial Bank provided $18.1 million in funding. Bloomington has a high population of renters, and the student population of Indiana University puts a strain on the market, according to Kyle Bach, CEO of Annex. Bach says this new project is in response to the need for housing in the area. A percentage of the units are restricted for residents earning below 120 percent of the area median income.