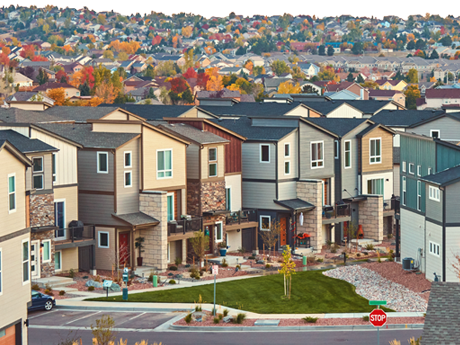 With mortgage rates spiking and the inventory of single-family homes available for purchase still failing to meet demand, the economic stars appear to be aligned for investment in single-family rentals to further accelerate in 2023.

The ongoing expansion of the single-family rental (SFR) market is capturing investors’ interest like never before. Construction starts in the sector topped a record 69,000 units over the past year, while the rate of rent growth remained positive for new leases and accelerated in renewals. That’s according to the third-quarter Single-Family Investment Trends Report Q3 2022, which Arbor Realty Trust recently published in partnership with Chandan Economics.

SFR investors want to know what this latest market data reveals about how the sector is weathering economic changes and what it suggests about how their properties are likely to perform in the months ahead. In December, I was privileged to weigh in on these weighty questions as a panelist at Information Management Network’s 10th Annual Single-Family Rental Forum (West) in Scottsdale, Ariz.

One of the messages I sought to convey to the audience that day is that single-family rentals have maintained their momentum as well as any corner of the housing market, as our third-quarter report bears out. And while rising interest rates and elevated risk have placed the housing market on shaky ground, SFR is on a secure foundation moving into 2023.

With the average age of U.S. housing stock at 39 years, potential homeowners face the challenges of not only a large down payment and higher monthly mortgage payments due to rising interest rates but also upfront costs associated with much-needed renovations. The renovations exceed aesthetic upgrades and are often necessary to meet the needs of modern families.

Current affordability is another major factor considered by SFR investors when understanding the strength of the market. One important data point SFR investors follow is the delta between the monthly cost of renting and owning in a given market.

What follows is a review of the characteristics underlying the SFR property type’s strong performance to date and its promising outlook. Then we will highlight sector trends that the researchers at Arbor and Chandan will be closely monitoring going forward, with a look at what outcomes investors should expect to accompany changes in those key indicators.

At a high level, when interest rates are rising, and home ownership is becoming more difficult to achieve, rental housing stands to capture demand transferred from would-be homebuyers. This countercyclical appeal is one of the main reasons investors have traditionally gravitated to multifamily properties as a comparative haven during economic downturns or corrections in the broader real estate market.

For many renters and particularly those that recently tried — unsuccessfully — to buy a home, single-family rentals offer distinct advantages. For example, within a single SFR community, renters can often choose from a wider variety of sizes and rent levels, as many developers offer more affordably priced townhomes as well as single-family detached residences with varying numbers of bedrooms and other living spaces.

SFR communities typically offer private yards, residential street access and other features that enable renters to enjoy a suburban lifestyle that is unavailable in conventional multifamily properties. Additionally, SFR communities can be found in both urban infill locations as well as 30 minutes outside of a major MSA, while apartments are traditionally found in urban locations. This variety appeals to families with children and may explain why SFR tenants tend to remain in place longer than a typical tenant in a multifamily community.

This is important because annual rent growth on SFR renewals reached an all-time high of 7.9 percent in July 2022. In fact, SFR renewal rent growth has topped 4.0 percent for 18 consecutive months, marking an unrivaled period of sustained gains.

On new leases, known as vacant-to-occupied (V2O), annual growth in rent was 12.2 percent in July 2022 but reached a clear market inflection, falling by a record 355 basis points from the previous month’s figure. Even if V2O rent growth continues to slow, we expect several months of above-average rent growth on renewal rents as they narrow and close the gap with V2O growth rates.

A final aside on the attraction of SFR housing for families is the aging of millennials. As members of this largest population segment continue into their 30s and 40s, those forming families and having children will drive demand for single-family homes. Given today’s rising capital costs for potential homebuyers and only limited easing in home prices, we expect this trend to support ongoing SFR demand.

There’s no question that real estate investors are in a challenging environment today, buffeted by the effects of rapid interest rate tightening and elevated risk. Still, the SFR sector’s countercyclical quality and position as the homeownership alternative have SFR investors firmly upbeat.

SFR occupancy averaged 94.2 percent nationwide in the third quarter after falling 70 basis points from the previous quarter, its largest decline since 2013. Occupancy is still 141 basis points above the 2010-2019 average.

Although the sector is positioned to perform well at the macro level in 2023, investors could encounter softening in local markets if intensive construction churns out excess supply. Build-to-rent (BTR) construction accounted for a record 6.1 percent of all home starts in the past year. The 69,000 construction starts in the year ended in the second quarter marked a 60 percent growth rate from the previous year.

The effect of new supply on rents will vary by market, but the pace of rent growth has certainly slowed in all but a few markets. Miami, for example, posted a 25 percent annual rent gain through August 2022, but that marked a 14.5-percentage-point slackening from the metro’s annual growth rate measured three months earlier, according to CoreLogic. New York and Philadelphia are exceptions that posted higher growth totals in August than in May. Of the 20 largest U.S. metros, 18 showed slowing SFR rent growth for that period.

In addition to monitoring metro-level construction pipelines, researchers will keep a watchful eye on capitalization rates.

Property-level yields for SFR assets remained flat at 5.3 percent in the third quarter of 2022 and have been holding at their all-time low. However, average home prices fell in July and August, and the continuation of that trend could pressure SFR cap rates upward (lowering asset pricing).

The spread between SFR cap rates and the 10-year Treasury yield approximates the SFR risk premium, and growing Treasury yields narrowed that spread to 223 basis points in the third quarter of 2022, down 194 basis points from a year earlier. If the spread continues to shrink, some SFR investors could begin to question whether SFR cap rates adequately compensate them for their risk. Although, those with a longer investment horizon may be less concerned about current returns as they build portfolios geared for long-term growth.

The researchers behind Arbor’s SFR market reports are committed to providing SFR investors with the data and analysis they need to assess markets, form strategies and pursue opportunities in this exciting sector. When it comes time to put those plans into action, Arbor has experienced teams ready to arrange financing at every point in the life cycle of a single-family rental project, from land acquisition through construction, stabilization and permanent financing, as well as bridge financing for phased acquisitions or assembly of scattered-lot portfolios.