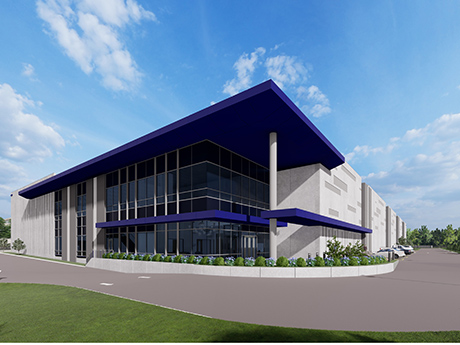 AREP and Harrison Street have broken ground on ABX-1 at Beaumeade, a 265,000-square-foot, two-story powered shell data center located on Loudoun County Parkway along the Ashburn Fiber Ring in Ashburn.

The campuses will span 2.1 million square feet across two sites in Ashburn and Arcola. The first project will include a portion of the former AOL headquarters on Pacific Boulevard in Ashburn. The development will feature four built-to-suit data centers delivering 300 megawatts (MW) of electrical power capacity.

The second development will be located on Arcola Boulevard, directly across the street from a new development by Google and near Dulles International Airport in Arcola. The campus will include two built-to-suit data centers offering approximately 100 to 125 MW of electrical power capacity.

The new buildings will range from 265,000 to 440,000 square feet in size. A timeline for the developments was not announced.

The joint venture has also broken ground on ABX-1 at Beaumeade, a 265,000-square-foot, two-story, powered shell data center located on Loudoun County Parkway along the Ashburn Fiber Ring in Ashburn. The partnership acquired the site in January 2021 and has not announced a timeline for the project.

“The demand for more data centers is simply based upon our society’s move to an even more integral need for technology,” says Doug Fleit, CEO of AREP. “Every aspect of our lives is changing, whether it is the need for greater connectivity with 5G and more robust streaming of entertainment and communications; the inclusion of new augmented reality applications like Meta; or self-driving cars. There is an endless evolution of new technologies and applications. All of this speaks to a long-term [positive] data center trend for markets like Ashburn, Virginia.”

Tysons-based AREP is an institutional fund manager and operating partner focused on data centers, office, and residential/mixed-use repositioning and development across the East Coast. The company currently oversees over 10 million square feet of assets.