Streamlining Permits and Entitlements: How to Avoid Timeline Creep 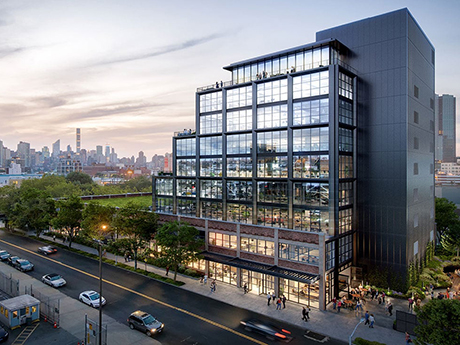 Developers have seen permitting and entitlement timelines lengthen exponentially over the past few years. What is causing increased timelines and how do developers overcome challenges and avoid unnecessary delays? If expanded timelines are inevitable in some cases, how can developers ensure that slowdowns do not spread to other aspects of development?

Many municipalities have been overwhelmed by an explosion in projects and applications in the development queue, and the issues are compounded by employee turnover within these organizations. Municipal slowdowns in upgrading utility capacities have further stalled the process of development. Additionally, the process for obtaining permits and entitlements has grown increasingly complex in certain regions, regardless of property type.

REBusiness Online spoke with experts at Bohler, a land development design and consulting firm, to learn the best practices for keeping delays and budgets under control in the face of growing timeline uncertainties. To avoid problems before they begin, these experts recommend early due diligence and local expertise, as well as an approach that incorporates the community, local agencies and the authority having jurisdiction at crucial points.

Bohler’s team also emphasizes the importance of working through waiting periods and working on different elements of a project concurrently, so that if a project is stalled on one front, other components can continue to move forward.

Parallel work paths are part of Bohler’s ethos of working while waiting. Knowing how one process flows into another is essential. And understanding a client’s objectives informs the permitting and entitlements order of battle.

Sharing concepts, risk tolerance and anticipated timelines for a project with the design team right from the start allows for well-informed, paced planning, says James Thaon, associate and branch manager for Bohler in Manasquan, New Jersey.

“Looping in your design team ahead of due diligence kick-off allows them to help you develop a systematic approach to the research process,” says Thaon. Developers should seek their design team’s help “To determine how to allocate budget, establish realistic timelines and identify important due diligence milestones — key factors that can impact your deal structure.”

Good due diligence often requires high-level expertise from development and site design teams right at the start — earlier than most developers would imagine. In South Florida, for example, there’s often a need to begin projects quickly and involve site civil engineers at the early stages of every project — even when the client is still negotiating deals to buy land, according to Taylor Parker, an associate and branch manager at Bohler. This information can inform closing dates so approvals can be obtained on time.

Ordering preliminary design documents (like geotechnical surveys) ahead of time in the due diligence phase can reduce “down time” in the rest of the process. Ordering surveys early is “a small cost up front that could save a month and a half to two months of time” in Florida, explains Parker.

In Maryland, the focus is also on smoothing the path forward by planning in advance. “We are able to run certain plan sets concurrently (submit zoning, receive comments, and then submit construction documents with the second zoning submission). Processing these reviews parallel with each other shortens the overall project schedule and can help the permitting timeline as well,” says Matthew Pohlhaus, a project manager at Bohler who works in areas around Washington, D.C.

The process boils down to managing a client’s time, money and risk, explains Charlie Yowell, a principal at Bohler in Raleigh, North Carolina. He stresses the importance of establishing what’s most urgent early on via due diligence. This can help development consultants to identify, mitigate and manage any challenges — as well as shape the timeline accordingly.

For example, if being under construction is a client’s top priority, Yowell recommends taking specific steps, such as obtaining an early clearing or mass grading permit to proceed to construction faster. “As that work is being done, we can finish up the rest of the permitting and allow the developer to continue to move forward,” explains Yowell.

Parker also voices support for that expedited approach: “I like to run permits concurrently in a site plan process. Run civil construction permits such as driveway or utility connections, drainage permits, etc., all at the same time, rather than waiting until you have site plan approval.”

Upfront due diligence and an understanding of what developers are likely to encounter in the next year is pushing some to drastically reschedule their projects to avoid local code implementation deadlines that will increase costs and requirements, says Kristin DeLuca, a Bohler associate in the New York metro.

DeLuca stresses the importance of working with developers to build enough time into agreements with tenants and banks to ensure developers abide by their commitments and avoid running into additional costs down the line.

Working with the Jurisdiction

Local expertise is particularly important when working with municipalities during the entitlements process. “The longer it takes to get entitled, the more the project costs,” says Parker. She has seen agency review times double in South Florida, and these longer wait times are costing developers — especially as prices on construction materials continue to rise.

Unfamiliarity with regional development delays can cause timeline heartbreak. Although South Florida and its environs attract developers from across the nation, Parker cautions that “the majority of the country is not used to the processes that are in place here and the politics that are at play.” Parker often educates newcomers to the market on exactly what they can expect, emphasizing the importance of realistic timelines.

Land use attorneys and consulting agencies that know the region and local jurisdictions can dramatically cut down on wasted time, especially where preestablished relationships can make processes easier or where newly created permits can slow a project already in progress.

Likewise, jurisdictional implementation of sustainability requirements may be an additional source of potential slowdowns. “New stormwater management regulations, implementation of solar panels and solar-ready facilities and installation of electric vehicle charging stations are particularly likely to be affected,” say Thaon.

The Importance of Small Steps

DeLuca explains that hyperlocal factors influence a project’s chance of success — whether that’s special permits in towns and villages that allow residents to vote on projects or larger, downtown developments and multi-use projects that require a longer planning process before final documents can be submitted.

Consider what the community really wants and be as flexible as you can, says DeLuca. “Our recommendation would be to take the process in small steps. Meet with local stakeholders and understand what your chances of approval are. Start with just a site plan, rather than putting together a whole package. Break the process up into smaller components. Some developers might think they’re slowing down the process by taking it in smaller steps, but it really helps in the long run to move much more smoothly and save time overall.”

In many jurisdictions, an influx of unseasoned employees can make for a painfully slow experience for developers, notes Pohlhaus. He explains, “The onus is on us to educate our reviewers through the process to help expedite reviews and secure approvals.”

For larger projects or more complicated designs where Pohlhaus anticipates that inexperienced reviewers may have questions, he and his team like to meet with reviewers in person or virtually to talk through the plans before they issue their first round of comments.

Meeting with officials allows developers and consultants to discuss development considerations quickly and offers an opportunity to explain design rationale. This approach tends to reduce extra rounds of comment. “Any time we can eliminate one or two rounds of review comments, we’ve shaved a couple of months off of the project timeline,” Pohlhaus says.

He reports positive results from this approach. “Having early meetings with staff, agencies and the community brings them into the fold so that they’re part of the solution. This can take a complicated project and create community support for it. We can change things architecturally to please the community and our planners. That’s the best way to approach the early design stages and due diligence.” The feedback Pohlhaus hears from community members and municipal staff is often glowing because they feel heard and appreciated from the beginning.

— By Sarah Daniels. Bohler is a content partner of REBusinessOnline. For more articles from and news about Bohler, click here.