Borrowers, Lenders Reach an ‘Inflection Point’ in the Wake of Rising Inflation and Interest Rates 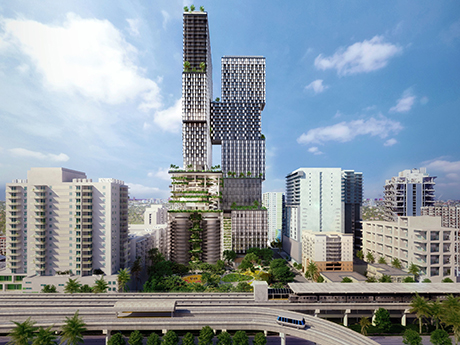 The period between mid-June and mid-July has become a pivotal moment in the capital markets world as commercial real estate borrowers and lenders navigate inflation levels and interest rates not seen in decades. Scott Cook, commercial real estate market manager with TD Bank’s Charlotte office, says that borrowers and lenders are reshaping the market on the fly, and it’s too early to tell if the elevated capital costs are going to drastically suppress borrower demand.

“We’re at an inflection point: the natural, healthy tension between borrowers and lenders where borrowers want more but lenders want to give less,” says Cook. “I don’t know that we’ve seen the full effect yet. Generally speaking, borrowers are still looking for business as usual. They’re aware of the rate hikes but still believe in the product, and certainly there’s overwhelming demand. We’re redefining it as we speak, it’s too early to call.”

Cook says that the first true “wake up” call was when the U.S. Bureau of Labor Statistics (BLS) relayed that the Consumer Price Index (CPI), one of the standard inflation measurements that tracks price changes for goods and services, had increased 8.6 percent in May, which is the highest rate of increase since 1981. (The CPI for June reached an even higher 9.1 percent). The Producer Price Index (PPI), a similar BLS-produced index that measures the changes in prices that producers incur for commodities, is up 11.3 percent the past 12 months.

“Inflation has increased the cost to construct a property, to maintain a property and to operate a property,” says Hernandez. “Whether it’s labor or material, inflation has made it all more expensive.”

With elevated costs for capital expenditures coming from all sides, borrowers are having to take a very measured approach to their debt financing, much more than at any point in recent memory, say lenders.

Peter Mekras, president of Aztec Group, says that sustained inflation has a ripple effect in the capital markets as it hampers borrower confidence and also impacts lenders’ ability to underwrite aggressively to secure business. In other words, inflation is ushering in general uncertainty, a very unwanted phenomenon.

“Uncertainty is never a good driver of demand and will likely stifle borrower activity in the short term,” says Mekras. “We do expect more friction in getting deals closed, which may cause our volume to taper off.”

One immediate result from the sustained level of inflation is the Federal Reserve’s aggressive tact of increasing interest rates. The central bank was signaling a 50 basis-point increase to the federal funds rate in the weeks leading up to the June Federal Open Market Committee (FOMC) meeting.

However, once the CPI figure for May was released, the Fed decided to take swifter action and raise the short-term benchmark rate by 75 basis points, the largest single rate hike since 1994. Additionally, the Fed is signaling another 75 basis-point increase at its July FOMC meeting.

“The Fed is bumping more than anticipated, and it has thrown everything into a spin,” says Cook. “It certainly has caused some repricing, disruptions and some re-trading. The prices our borrowers are paying to acquire assets is definitely in flux right now.”

The 10-year Treasury yield, a benchmark rate for long-term financing, jumped from 1.63 percent at the beginning of the year to 3.01 percent on July 7, a 138 basis-point hike in six months. Overall the elevated borrowing costs for debt is causing sticker shock among borrowers, says Mekras, who adds that borrowers need to be flexible as their lending partners contend with volatility outside of their control.

“Most borrowers’ business plans cannot tolerate the reality of today’s long-term fixed rates over 5 percent [all-in],” says Mekras. “In a market that was previously driven by a low cost of capital, current changes are a hard pill for active market participants to swallow.”

Underwriting shifts
Lenders and financial intermediaries say that it’s too early to see exactly how rising interest rates and inflation are influencing debt financing. Cook says that the deals closing today had rates locked in as early as February or March.

“The next round of deals is determining the market today and its impact on closing,” says Cook. “The movement in the rates has just filtered into contracts today that won’t close for another 30 to 120 days. But everyone knows they’re having an effect.”

Across the board, lenders and mortgage brokers say that some deals have fallen through or hit pause because the debt costs have made the transaction uneconomical. One immediate effect where they have witnessed this shift is on the acquisition financing side.

Hernandez says that borrowers are bringing more equity to deals, which has taken the form of preferred equity and capital from joint venture partners, but that there’s an adjustment period between buyers and sellers.

“We’ll see a slowdown [in acquisitions] throughout the summer, but then pick back up once everybody adjusts to the new normal and the fact that rates are 200 basis points higher and that buyers need to bring more equity,” says Hernandez. “Buyers were quick to realize that debt was going to cost them more so they’re offering a little less. Sellers haven’t quite adjusted yet.”

Leverage has overall dropped considerably in recent months. In April, loan-to-value (LTV) ratios averaged 56.7 percent, down nearly 50 basis points from March, according to MSCI Real Assets (formerly Real Capital Analytics). For multifamily mortgages, LTVs averaged 60.5 percent, down over 100 basis points from the previous month. Mekras says LTVs are down to less than 50 percent for some deals as disruption has caused risk appetite for lenders to tighten.

On the refinancing side, lenders aren’t expecting any slowdowns because naturally borrowers have to refinance (or sell) once their loans mature. Hernandez says that borrowers are eager to get ahead of any further interest rate spikes and prepaying their loans early, which he says is a major shift from recent years when interest rates were at historic lows.

“Before I had a hard time convincing anyone to pay early, even a year. They always waited,” says Hernandez. “Borrowers want to refinance out of their construction or existing loan and get into a non-recourse, long-term, fixed-rate deal with one of our life companies or Freddie Mac and Fannie Mae.”

He adds that some borrowers are electing to go with floating-rate debt because of the flexibility it provides, plus some borrowers suspect that interest rates will come back down in the years ahead.

For construction financing, borrowers are contending with fluctuating prices for construction materials and labor, which have also made some projects inefficient and thus have been tabled for now. Cook says that banks are getting into syndicate deals to make deals pencil and also mitigate risk.

“There are a lot more multi-bank deals because the project size grew so much,” says Cook. “Banks are often having to work together to close deals. So that $70 million to $100 million loan is probably a two-bank project now because we all want to diversify the asset pool.”

A blurry outlook
Despite the headwinds from inflation and rising interest rates, lenders say that what’s keeping the lights on in recent months is strong property performance, especially in the industrial and multifamily sectors.

“One positive effect from inflation has been tremendous rent growth in multifamily, industrial and some office markets,” says Mekras.

Rental rates are helping to offset inflation and rising debt costs, and because new construction is expected to be held in check by existing market forces, lenders say that demand for new industrial and multifamily space should remain intact.

“I don’t think rental rates will be back down to where they were anytime soon,” says Hernandez. “It would take a tremendous amount of overbuilding, and lenders seem to be much more disciplined.”

Lenders and financial intermediaries are helping manage their clients’ expectations by offering some historical perspective. The influx of both capital and people into the Southeast represents a sea change, so much so that even the region’s secondary and tertiary markets are activated like no other time in recent memory.

“Northmarq is financing three ground-up multifamily deals in Florida, and none of them are in major metropolitan areas,” says Hernandez.
He adds that current interest rates are also not astronomical when viewed through a historical lens.

“Borrowers who have been around for a while realize that low rates are gone,” says Hernandez. “They are not in the mid 2s to low 3s anymore, they’re in the high 4s to low 5s, but those are still good rates. Most of my career those rates have been higher.”

In early June there was a telltale sign that a recession may be pending as the yield for the 2-year Treasury closed slightly above the 10-year Treasury yield. The inverted yield curve has preceded every recession since the 1950s, though an inversion of short-term and long-term yields has not always led to a recession.

Whatever the case, Cook says the long-term growth prospects of commercial real estate are still attractive to all parties, even if a market correction is looming.

“It’s one of those painful realities,” says Cook. “We’re on that teeter-totter point. We’re going to know if we’re going to be able to take a soft landing and stabilize or if there’s going to be a recession. I think by Christmas we’ll know.”

This article was originally published in the July 2022 issue of Southeast Real Estate Business.