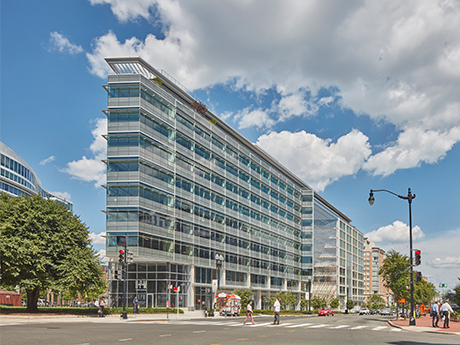 WASHINGTON, D.C. — Boston Properties Inc. (NYSE: BXP) has sold 601 Massachusetts Avenue, an approximately 480,000-square-foot office building in Washington, D.C., for $531 million. The buyer was not disclosed, but the Washington Business Journal reports that it was an affiliate of Mori Trust Co., a real estate development and investment firm based in Tokyo.

Boston Properties originally developed the 11-story property in 2015. The firm will continue to provide property management services at 601 Massachusetts, which was 98 percent leased at the time of sale.

Boston Properties structured the disposition as part of a reverse like-kind exchange under Section 1031 of the Internal Revenue Code with its $730 million acquisition in May of Madison Centre, a 37-story office tower in Seattle.

“This disposition demonstrates continued investor demand for premier, well-leased office properties,” says Owen Thomas, chairman and CEO of Boston Properties. “The completion of this transaction is an important milestone in BXP’s current strategy of reallocating capital to the Seattle market.”

Boston Properties is a publicly traded developer, owner and manager of Class A office space. The Boston-based firm’s portfolio totals 53.2 million square feet across 192 properties, including 12 that are under construction/redevelopment.