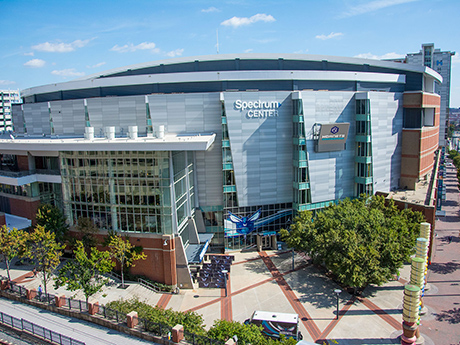 The agreement includes renovations to Spectrum Center, as well as a lease extension with the NBA franchise Charlotte Hornets through 2045. (Photo courtesy of Hornets Sports & Entertainment)

CHARLOTTE, N.C. — The Charlotte City Council has approved the proposed $275 million financing package for renovations to Spectrum Center, the home arena for the NBA franchise Charlotte Hornets. The city council voted 10-1 to approve the plan, which includes a $60 million budget to build a new basketball practice training facility that will be funded via new revenue generated from sponsorships and naming right agreements. Financing for the city’s role in the $215 million in renovations to Spectrum Center (approximately $173 million) will be sourced from rental car and hotel taxes. The plan also extends the team’s lease through 2045, an additional 15 years from its lease expiration in 2030.

Located at 333 E. Trade St. in Uptown Charlotte, Spectrum Center opened in October 2005 and has a seating capacity exceeding 20,000. In addition to Hornets home games, the arena hosts concerts, collegiate sporting competitions, comedy shows and other events. The City of Charlotte owns the arena and Hornets Sports & Entertainment operates it. Details about specific renovations or a construction timeline have not been made public.