Closer to Consumers: Retailers Outline Their 2022 Successes, Strategy for 2023 in JLL Webinar

Posted on December 22, 2022 by Jeff Shaw in Features, Retail 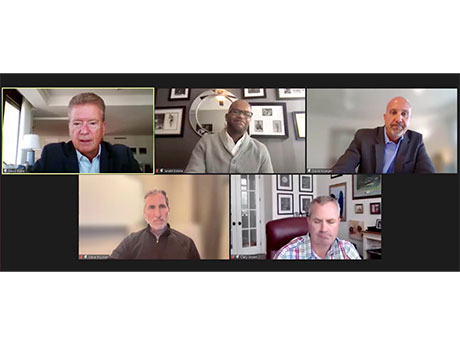 Though there has been no paucity of retail success even amidst current economic headwinds, participants in JLL’s recent webinar — “The Retail Reset: All Eyes on Retailers” — were clear: That success has been hard-earned.

David Krueger, senior vice president of growth and development with Ulta Beauty Inc., distilled this sentiment into a few words during the webinar while discussing the company’s momentum going into 2023, saying that it “was not easy” and “is not going to get any easier for a while.”

Retail growth in the face of a potentially recessionary environment, elevated costs to build and fierce competition for space is about getting closer to consumers — both literally and conceptually.

No one can deny the strain that inflation, rising interest rates and supply chain delays have imposed on consumers and retailers alike, but Severino made a point to combat catastrophic thinking. With energy prices coming down and an anticipated “deceleration” of inflation in the coming year, the economist offered a reserved yet optimistic view of 2023.

“We expect another pretty good year in the economy,” said Severino. “The labor market should remain tight, even if there is some slowdown and some disruption.”

He also made an important distinction in the form of pointing out that growth, though “slowing,” is not collapsing.

Panelists’ anecdotal evidence seemed to illustrate Severino’s point. When asked whether Ulta Beauty met its goals in 2022, Kreuger did not hesitate to answer in the affirmative.

According to the senior vice president, the company opened 47 new stores and completed 35 full remodels and relocations. Additionally, over 600 stores underwent “reflow,” which Kreuger described as “mini cosmetic remodels” that provide space for new merchandise from brands such as Fenti and Chanel.

“Our business has been very strong and has got good momentum,” Kreuger summarized.

This positivity likewise resonated in the words of Levi Strauss’ Estime, who described his company’s 2022 performance as “vibrant” and “strong.” Levi now encompasses three brands, all with brick-and-mortar presences. Estime’s retrospective on store openings for these brands (Levi, Dockers and Beyond Yoga) over the past year reflected a recurring theme of the webinar, with performance and openings on target, if delayed.

Providing a slight contrast, Rouman pointed out that unlike “most traditional retailers,” RH does not hold itself to a specific number of store or “gallery” openings. More generally though, the company does aim to increase its brick-and-mortar openings each year. Rouman described 2022 as an “anomaly,” in which RH only opened two new locations (as opposed to five to seven in other recent years). One is in San Francisco, and the other is located in New York City.

Additionally, Groen reported that Lovesac, a furniture retailer, has encountered the oft-discussed supply chain difficulties, with trouble obtaining essential components such as electrical panels and HVAC equipment. Jaggi spoke to this particular issue as well, pointing out that there are stories of HVAC systems being hoarded.

In spite of this, the company opened 41 showrooms across the country in the past 12 months, putting the total at 189 locations currently open.

Innovation is paramount to maintaining the type of success and growth highlighted by the retailer panelists, according to analyst Dana Telsey. More specifically, she pointed out the importance of being close to consumers, in more ways than one.  In the literal, physical sense, this means selecting and occupying prime and accessible real estate.

“There isn’t any landlord or any retailer today who isn’t thinking about how to be more convenient to your customer,” says Telsey.

Krueger echoed this point. “We put a lot of value on accessibility and convenience,” says the Ulta senior vice president. At his company, this manifests in being over 90 percent off-mall, with the other approximate 10 percent comprising predominantly exterior-facing locations.

Of course, obtaining and developing this real estate can be easier said than done. This is especially true today, with the high cost to build and low vacancy rates referenced by participants throughout the call, resulting in a fierce competition for space.

Nevertheless, location is paramount. Telsey pointed out that she has observed retailers, driven by an awareness of this importance, “investing their own dollars” into development in the interest of “controlling their fate.”

Bridging the gap between retailers and consumers is not just about physicality and location, though. It is also a matter of resonating with the public on an intellectual level.

“We are really focused on bringing the brand closer to the consumer, and doing so in a really thoughtful and strategic way,” said Groen.

Krueger pointed out that Ulta’s loyalty program is one way the company both maintains a relationship with and derives insights on its consumers. These insights can then be used in turn to identify real estate infill opportunities.

Another specific trend observed by Telsey and the retail representatives alike is that of a focus on luxury.

In the end, following three years of the unexpected, described by host Naveen Jaggi as an “adventure,” it would be as impossible as ever to forecast the coming year with certainty. More than ever, flexibility will separate the successful from the not.

Telsey’s advice to retailers? “Expect the unexpected and be agile.”