Cortland Acquires Four Apartment Communities in Arlington, Virginia for $1B

Posted on May 20, 2022 by John Nelson in Acquisitions, Multifamily, Southeast, Top Stories, Virginia 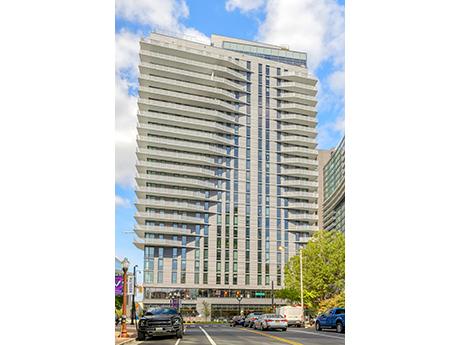 The $1 billion portfolio includes Aubrey (pictured), a 331-unit community that Cortland is rebranding as Cortland Rosslyn.

ARLINGTON, VA. — Cortland, an Atlanta-based multifamily investment firm, has purchased four apartment communities in Arlington totaling more than 1,500 units. The $1 billion investment marks the firm’s re-entry into the Washington, D.C., metro area, and the firm says it plans to “double its investment in the area” in the near future.

“Northern Virginia is a highly coveted location that is already seeing a rebound in growth as residents move back to the urban core,” says Mike Altman, chief investment officer at Cortland. “This is just the start of Cortland’s investment in the region.”

“The combination of these investments allows us to gain a strong foothold in the region at a strategic time based on our proprietary analysis of market trends,” says Altman.

Cortland Rosslyn is a LEED Gold-certified community that was developed in 2021 by Penzance. The 23-story community offers studios to three-bedroom homes, as well as penthouses and two-level townhomes. Amenities include a fitness center, pet spa, demonstration kitchen, media room, basketball and volleyball courts, bike storage, garden terrace on the second floor and a rooftop pool with cabanas and a lounge. According to Apartments.com, rental rates at Cortland Rosslyn range from $3,835 to $7,595.

Cortland Pentagon City is located across the street from Amazon HQ2 within National Landing, with views of the planned Helix Tower. The property includes two rooftop pools, lounges, grilling stations, a fitness center, game room and pet play and washing areas. The seller was not disclosed, but Washington Business Journal reported that Polinger Co. purchased the community in 2019 from Paradigm Cos. for $228 million.

Founded in 2005, Cortland manages and is invested in (directly or indirectly) more than 250 apartment communities in the United States exceeding 85,000 units. In addition to its Atlanta offices, the firm has regional offices in Charlotte, Dallas, Denver, Houston, Orlando and Tampa.