Posted on November 15, 2022 by Jeff Shaw in Development, Features 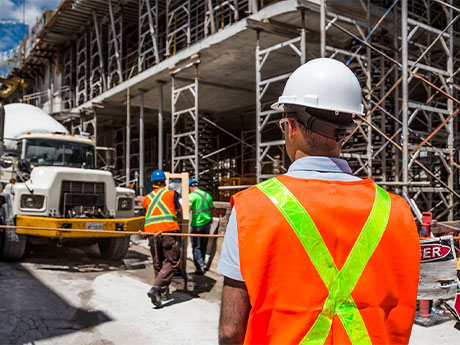 Forty-nine percent of subcontractors who participated in a survey from Rabbet revealed that they wait more than 30 days to receive payment for services, invoices and materials.

AUSTIN, TEXAS — Delayed payments for wages and invoices are projected to represent an estimated $208 billion in excess costs to the construction industry this year, up 53 percent from $136 billion in 2021, according to a newly released report from Rabbet, an Austin-based construction finance software provider.

Forty-nine percent of subcontractors reported that over the past 12 months, they waited longer than 30 days on average to receive payment from general contactors. Thirty-seven percent of respondents indicated that work had been delayed or stopped in the last 12 months due to delays in payments to crew members, up from 28 percent in 2021.

Additionally, 27 percent of subcontractors reported having filed a lien in the last 12 months to keep possession of a property until their firm received payment for their work.

The Impact of Floating Payments

Sixty-two percent of general contractors stated that they’d incurred billing charges, financing charges and other costs when floating payments to others in the last 12 months.

Floating payments occurs when money is fronted for services prior to receiving the funds. Construction loans differ from traditional loans in the sense that funds are dispersed in phases on a scheduled basis as the project takes shape. This allows banks to protect their interests and mitigate potential risks. A project developer typically submits invoices monthly, and requests funding from the bank to be able to pay for those invoices. When contractors aren’t able to pay their crews, it oftentimes results in higher costs and longer delays.

As for subcontractors, 51 percent reported relying on credit cards to float payments, 46 percent on business savings, 37 percent on lines of credit and 19 percent on personal savings. 17 percent of respondents described relying on retirement savings, which has nearly doubled from 2021.

“As these realities set in, the implications for contractors grow tremendously,” says Rabbet CEO Will Mitchell. “The risk of contractors going out of business skyrockets in environments like this and furthers the necessity for a better payment process in general.”

Survey participants indicated that they had begun to exercise more caution and perform thorough research before submitting bids due to the risk of rising costs impacting profitability. Some contractors said they’d chosen to raise their bids 5 to 10 percent to absorb additional costs for projects. Others expressed a need to be picky with bids to account for the rising cost of labor and building equipment and materials.

“When general contractors and subcontractors are in a situation where they can’t sustain their businesses because of disjointed payment processes, the risk to both lenders and developers grows immensely,” emphasizes Mitchell. “Developers can’t control inflation and materials costs. The greatest opportunity to reduce project costs and attract and retain the best contractors is by implementing systems to get people paid quickly.”

To that end, 90 percent of general contractor respondents to the survey reported that they see value in timely, reliable payments, which creates certainty and ensures quality of work and adherence to the project timeline, according to Rabbet.

Timely payments from developers and construction leaders yield better relationships, which in turn yield better results, according to the Rabbet report. “Budget, timeline, scope, and quality are all directly related to the general contractor and subcontractor’s ability to carry out their responsibilities.”