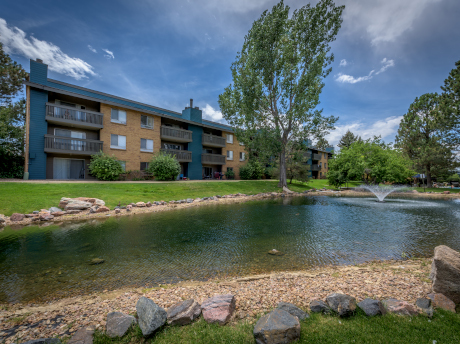 Like many communities across the West, affordable housing is a top issue in Denver. Monthly rent in Denver is now around $2,005, according to Zillow’s June 2022 data. This is up 20.4 percent since June 2019.

The city is trying to do something about the lack of affordability. It approved the Expanding Housing Affordability Policy (EHA) this June, which overhauled Denver’s affordable housing requirements for new development. EHA was allowed after the 2021 passage of a Colorado statute, HB21-1117, which overturned a Colorado Supreme Court case commonly known as the Telluride decision. HB21-1117 expanded the ability of local Colorado governments to require inclusion of income-restricted units within new rental housing — something that had previously been prohibited in Colorado.

While Denver has led within the state with EHA, other municipalities in Colorado, such as Littleton and Aspen, are beginning to consider new affordable housing policies in response to HB21-1117.

In Denver, EHA primarily affects multifamily projects of 10 or more units. Those projects must proceed under EHA unless they submitted a concept site plan by June 30, 2022, and achieve final site development plan approval by Aug. 30, 2023. Non-residential projects and residential projects of nine or fewer units may pay a linkage fee to the city’s Affordable Housing Fund. The EHA also substantially increased the linkage fee over several years that applies to all commercial and industrial development across the city, increasing Denver’s affordable housing fund used to construct affordable housing projects.

Projects proceeding under EHA are required to provide income-restricted units on-site for 99 years for households at certain percentages of area median income (AMI). In general, between 8 percent and 18 percent of units must be income restricted for 99 years.

The requirements for income-restricted units are summarized below:

Projects that provide on-site, income-restricted units are eligible for certain base incentives, including limited permit fee reductions, reduced minimum vehicle parking and exemptions to the linkage fee for non-residential uses.

Enhanced incentives, which require a greater ratio of income-restricted units to market-rate units, include:

Two alternatives to providing on-site, income-restricted units are available to multifamily projects of 10 or more units. One alternative is to pay a fee-in-lieu, which is based on the market area and development type, as shown below:

The other alternative to providing on-site, income-restricted units is to negotiate and enter into a discretionary agreement with the city.

The Denver development community is collectively holding its breath on EHA. The city believes its feasibility studies show that developers will still proceed with projects and can absorb the additional costs associated with including income-restricted units. But they didn’t fully account for rising interest rates, skyrocketing construction costs and supply chain delays.

Developers counter that they will have to balance the impact of the income-restricted units on the backs of the market-rate units, increasing rent for individual units from $50 to $150 per month. This may push the “missing middle” — those in the 81 percent to 100 percent AMI range — to move out of Denver and into surrounding communities.

Time will tell, and other communities are watching to see if Denver struck a good balance in mandating the inclusion of affordable units at the right AMI and percentage requirements. If they did, it will increase the number of affordable units built in the city while not halting development or further hindering the supply.