El Paso Industrial Market: The Birth of The ‘Borderplex’ 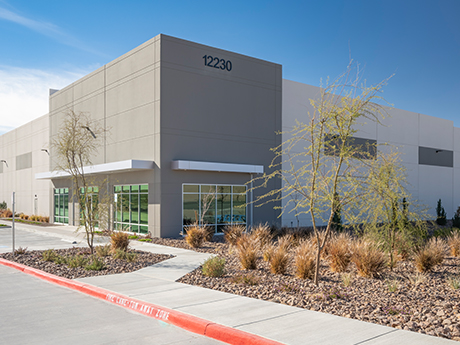 Sharing a 2,000-mile border, Mexico and the United States trade over $500 billion worth of goods and services each year, representing our country’s second-largest trade partnership.

Impressively, over 20 percent of this exchange travels through the El Paso, Texas, port of entry, according to the Texas Comptroller of Public Accounts. This movement has deemed the El Paso/Ciudad Juarez (Mexico) region as one of the most important industrial centers in North America for years.

Although the El Paso/Juarez market has a history of extensive commercial activity, with more than 1,100 manufacturing operations alone, the region has remained under the radar, experiencing traditional, steady industrial growth for the past decade.

However, with undeniable strategic advantages and 300-plus Fortune 1000 companies in the El Paso/Juarez region, the past couple of years have attracted an increasing number of developers looking to capitalize on the market’s industrial and distribution needs.

Now, with record net absorption and a remarkably low vacancy rate, the “borderplex” is the market to watch, building a reputation as not only a competitive industrial center, but also as a driver of some of the most important global manufacturing trends.

With more than 2.5 million people living within the El Paso/Juarez region, the area has become the world’s largest bi-national border community, according to El Paso County. The population and availability of labor, coupled with a strategic geographic location, has motivated developers to move into the region.

Traversed by Interstate 10, the fourth-longest interstate in the nation that runs from the Pacific Ocean to Florida, El Paso allows its commercial residents unmatched access across the nation. Additionally, the El Paso/Juarez region is served by rail lines, two international airports and five international crossings. The latter includes the Zaragoza Bridge, one of the busiest international points of commercial entry, making it unlike any other area in the country.

It is important to note that companies in the region also benefit from being located within Foreign Trade Zone (FTZ) No. 68, which encompasses more than 3,400 acres of El Paso and El Paso County. This designation provides some of the largest corporations in the world with tax and duty exemptions on eligible inventory. Additionally, El Paso is known as a “Triple Freeport Community,” providing tax exemption from all local taxing authorities (county, school district and city) on inventory that is in Texas for a short period of time (175 days or less).

In the fourth quarter of 2021, the El Paso market experienced its greatest demand for industrial space since 2018. With more than 3.1 million square feet of space absorbed, the market surpassed its previous record by nearly 1.6 million square feet. During the same time frame, the marketwide vacancy rate fell by 40 basis points to 3.1 percent, according to CBRE’s research.

However, due to this demand, extensive land constraints have arisen in the area over the last year, causing industrial land availability to decline as the market hits record highs. This means developers looking to come to the area will face increasing difficulty finding sites near the area’s strategic advantages.

Noticing the upward trend in the El Paso/Juarez market and capitalizing on it early, VanTrust Real Estate became one of the first national developers in recent years to come to the area. We broke ground on Phase I of a nearly 1 million-square-foot speculative industrial space in 2020 — El Paso Logistics Park — which is notably only four miles from the Zaragoza Bridge and has direct access to I-10.

Following the expectation that the market is only expected to grow in 2022, VanTrust completed Phase I of its 59-acre logistics park in the last few months and has already leased over 371,270 square feet to five companies serving the El Paso/Juarez markets. With only 142,865 square feet remaining in Phase I, we estimate the project will hit full occupancy in the coming months. This demand has allowed us to break ground on Phase II of El Paso Logistics Park, which will bring 483,300 square feet of additional space to the area.

By partnering with general contractor Jordan Foster Construction LLC, architect PSRBB Industrial Group Inc. and the leasing team at CBRE, VanTrust has been able to provide corporations looking to tap into the El Paso/Juarez mar-ket with access to a business-friendly environment and position these companies among the dynamic marketplace that makes up the region. This is a trend that will continue to be seen in the area as developers migrate to West Texas and take advantage of a one-of-a-kind industrial center.

Future of the Region

As an early entrant into the El Paso/Juarez region, we have noticed that as long as companies continue to realize the region is ideally positioned to serve as a strategic international distribution point, the market’s demand will trend upward for years to come.

In fact, since more and more companies are looking to protect their supply chains and reduce taxes by reshoring their operations to North America, the El Paso/Juarez market will stand out for not only its growing manufacturing activity but also for its last-mile distribution centers and strategic amenities that are dedicated to speed-to-market delivery.

This trend, along with growing consumer reliance on e-commerce retailers, will attract developers to the region and drive the El Paso/Juarez market’s further success well into the future.