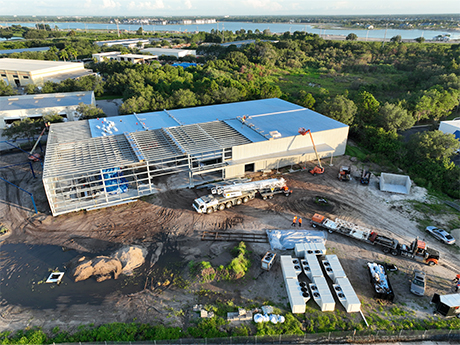 The first property in the $180 million venture is The Pickleball Club at Lakewood Ranch in Sarasota, which has broken ground and is set to open in December.

SARASOTA, FLA. — A trio of entrepreneurs — Brian and Valerie McCarthy and Matthew Gordon — plans to invest $180 million to build at least 15 indoor pickleball courts in Florida. All locations, which will be branded The Pickleball Club, will be members-only and privately owned, for-profit sports clubs. The first venture is The Pickleball Club at Lakewood Ranch in Sarasota, which has broken ground and is set to open in December. The 33,000-square-foot Sarasota location will feature 12 indoor courts, two outdoor courts, Dink’s Pro Shop, Pickles Café and an outdoor activity center dubbed Food Truck Alley. The entrepreneurs have purchased land in Bonita Springs and Port St. Lucie for two more locations, and are in negotiations for four more, including in Fort Myers. Each The Pickleball Club location will utilize high-definition PlaySight technology to integrate real-time video into lessons and clinics. The Pickleball Club currently has 47 shareholders and has raised nearly $5 million in equity over the past 18 months.