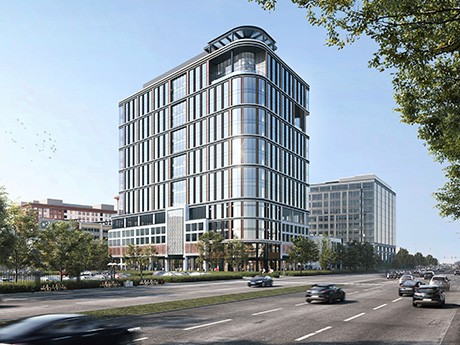 Choice Hotels International Inc. signed a lease last year to occupy nearly half of the office tower for its new corporate headquarters. Sodexo, a food services and facilities management company based in Paris, is another notable tenant that has preleased office space at 915 Meeting Street.

“915 Meeting Street is our newest trophy building offering to the market,” says Jay Brinson, vice president of development at Federal Realty. “This collaborative effort with our partners at Clark and Gensler has resulted in a building that is 60 percent [preleased].”

Clark Construction broke ground last December on 915 Meeting Street. With vertical construction complete, the firm is focused on building out the interiors and finishing the glass curtainwall façade, which will feature a design using metal and concrete panels. 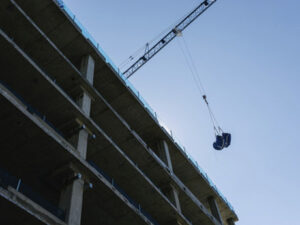 In addition to upscale offices, amenities at 915 Meeting Street will include a rooftop conference center, common areas and fitness center. The design-build team plans to deliver the project in the third quarter of 2023.