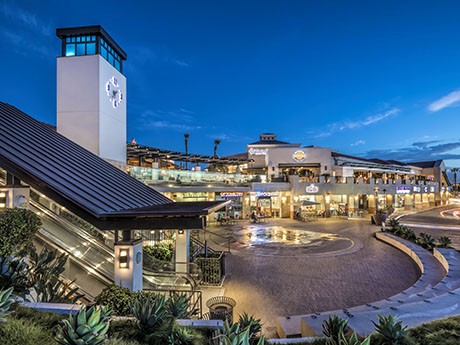 The transaction adds 47 shopping centers, as well as one DSRG-owned office property, for a combined 6 million square feet to FWR’s holdings. The sales price was not disclosed, but Bloomberg reported in February that the negotiations for the deal valued DSRG and its assets at north of $3 billion.

The news outlet also reports that the California Public Employees’ Retirement System (CalPERS) was an equity partner with FWR on the deal and that JPMorgan Asset Management and the New York State Teachers’ Retirement System (NYSTRS) were among DSRG’s largest investors.

For FWR, the deal expands its presence on the West Coast, including in high-profile markets such as the Bay Area, Orange County, Seattle, Portland, San Diego and Sacramento. The deal also expands FWR’s corporate base on the West Coast, as its executive management team now oversees DSRG’s existing offices in Orange County, San Diego, Portland and Sacramento. According to sources familiar with the deal, FWR has been seeking a merger opportunity with DSRG for years.

“We are thrilled to purchase these grocery-anchored centers and to hire terrific new colleagues, which, together with our existing portfolio and people, will create the leading private, open-air retail platform in the United States,” says Alex Nyhan, CEO of FWR.

The combined company now operates as First Washington Realty and owns and operates over 150 open-air neighborhood and community centers spanning more than 20 million square feet. The portfolio, which houses 3,600 tenants across 22 states and Washington, D.C., is reportedly valued at $8.9 billion.

“Our founders built a remarkable platform, and Pat Donahue enhanced DSRG’s commitment to excellent assets and strong tenant service under his many years of leadership,” says Glimcher. “It is because of them that we are able to achieve this exceptional level of success.”