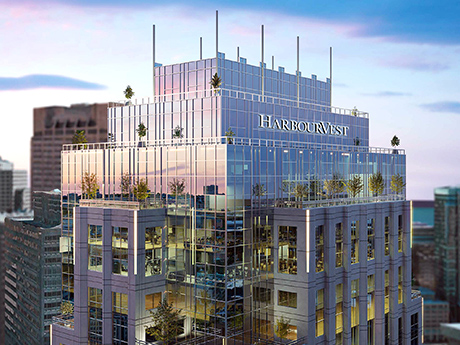 One Lincoln in Boston totals roughly 1.1 million square feet. The property was originally built in 2003.

BOSTON — New York City-based investment and management firm Fortis Property Group has received a $1 billion loan for the refinancing of One Lincoln, a 1.1 million-square-foot office tower in Boston’s Financial District.

Proceeds will be used to repay existing debt and provide more than $200 million in capital upgrades geared toward wellness and lifestyle amenities, as well as to fund future leasing costs. In addition, Fortis will renovate the common areas and reconfigure the floor plates to support a wider range of indoor and outdoor amenities.

Concurrent with the financing, Fortis also signed HarbourVest Partners to a 250,000-square-foot lease. The company plans to occupy 11 floors of the building as the new anchor tenant. The Boston-based private equity firm will replace fellow financial services firm State Street Corp. in this role, becoming the building’s namesake tenant in the process. HarbourVest plans to take occupancy in 2025.

“We are reimagining the post-COVID office environment, and One Lincoln signifies the beginning of a new era for workplaces in Boston,” says Jonathan Landau, CEO of Fortis Property Group. “The Fortis and HarbourVest teams both recognized the tremendous demand for luxury office space that is amenitized with unparalleled wellness and lifestyle-driven experiences in today’s office environment.”

“By moving to One Lincoln, HarbourVest Partners is leading the way in reimagining the future of work, advancing the city’s priority to revitalize our downtown and making a long-term investment that will ensure the vibrancy of our local small businesses and our residents for years to come,” adds Segun Idowu, the City of Boston’s chief of economic opportunity and inclusion.

Following the completion of the capital improvement program, One Lincoln will offer amenities such as an artisanal market, beer garden, rooftop tennis and basketball courts, boxing ring, fitness center and walking trail. The building will also feature flexible spaces with stadium seating that can be used for exhibitions, speaking events or private gatherings.

MSD Partners, an affiliate of MSD Capital, the family investment office of tech magnate Michael Dell, led the refinancing as the senior lender, according to Bloomberg.