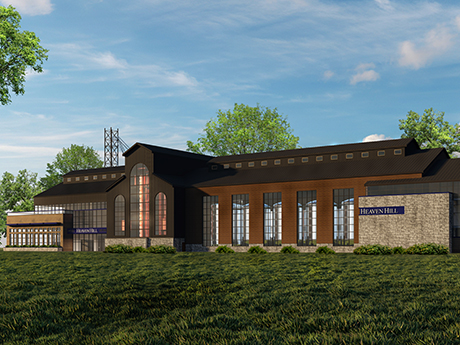 The new Heaven Hill Springs Distillery is set to open by the end of 2024. (Rendering courtesy of Heaven Hill)

“We’re honored to celebrate this homecoming with a return to distilling in Bardstown to augment our overall bourbon-making capacity, as well as continue to make an impact in the Bardstown community,” says Max Shapira, president of Heaven Hill. 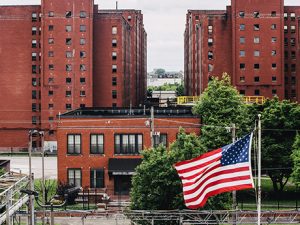 In addition to the new Heaven Hill Springs Distillery coming to Bardstown, Ky., Heaven Hill operates out of the historic Bernheim Distillery in downtown Louisville (pictured).

Bardstown, which has been dubbed “the bourbon capital of the world,” is situated along the Kentucky Bourbon Trail, which is a cluster of more than 35 distilleries spread across 70 miles. The new distillery will add at least 38 jobs to the company’s 381 employees already working in Bardstown at Heaven Hill’s Loretto Road bottling, aging and tourism facilities.

In line with Heaven Hill’s sustainability goals, the new distillery is designed to minimize water use to below industry benchmarks and reuse certain water streams. The site will use native plants and natural systems to manage stormwater runoff. Heaven Hill also plans to utilize energy creation and recovery, lessening the distillery’s demand on the city’s electrical grid.

“The return of distilling operations to Nelson County is a return to the company’s roots, and the investment highlights the continued growth of bourbon and spirits in the commonwealth,” says Kentucky Gov. Andy Beshear. “I am incredibly happy for the residents of Bardstown and the surrounding area, and I want to thank the leaders at Heaven Hill for this commitment to create new job opportunities and build the company’s presence in our state.”