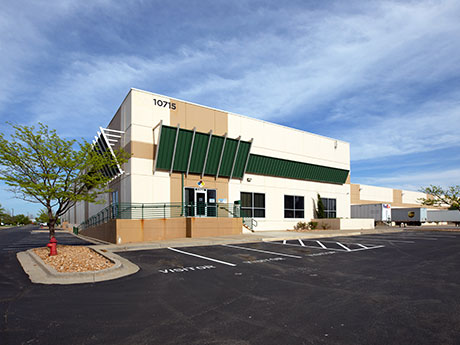 Ascendas REIT purchased a 2.1 million-square-foot industrial portfolio spanning 13 buildings in metro Kansas City for $156 million. Pictured is one of the properties, located at 10715 NW Airworld Drive.

At the close of 2022, Kansas City’s industrial property market hit heights that would have been unimaginable only a decade prior. While Kansas City ranks as the 31st-largest MSA in the United States by population, it is the 16th-largest market nationally based on industrial square footage with nearly 315 million square feet of total inventory.

Further, Kansas City ranks 10th nationally in the percentage of annual net absorption as compared with its market size and has added an impressive 62.5 million square feet of newly developed square footage over the last 10 years.

Many factors have contributed to the market’s growth trajectory including the nation’s most geo-central location (a two-day truck drive to 85 percent of the continental U.S. population), the confluence of five Class-1 railroads (with four area intermodal centers), the intersection of four of the nation’s busiest interstates (including I-35 and I-70), an available and reasonably priced workforce, an abundance of industrial development sites in pro-development communities, and an experienced, well-capitalized concentration of developers headquartered in the area.

Kansas City has leveraged those various logistical and strategic advantages at a perfect time to capitalize on an all-time high in industrial space demand with historic growth occurring in the e-commerce industry as well as food and beverage manufacturing, third-party logistics and automotive manufacturing and supply.

As with many industrial markets throughout the nation, the COVID pandemic added rocket fuel to the already steady growth that was occurring. Vacancy rates, which were at a healthy 5.9 percent at the end of 2019, sit at 4.5 percent today even while the area has added 29 million square feet of newly developed buildings in the interim.

With the push in demand has come an increase in rental rates as the average industrial rental rate in Kansas City registered a record high of $5.63 per square foot in the third quarter of 2022, an increase of 15.7 percent from the prior year (albeit still lower than rates in many other peer markets across the Midwest).

As a result of the positive metrics, institutional capital has flowed into the market as both an equity source for ground-up development as well as for the acquisition of existing buildings and property portfolios. Billions of dollars of recent investment have occurred from a broad base of capital sources including pension funds, REITs, equity funds, life insurance companies, high net worth investors and foreign capital.

Looking forward, the immediate future for the market includes continued opportunity but also a degree of downside risk due to the uncertainty of the current economic environment. On the positive side, the velocity of demand from industrial users has continued with Newmark Zimmer tracking an all-time high of nearly 18 million square feet of active tenant requirements in the market across varying industry types.

Although earnings reports suggest consumer spending is slowing and consumer confidence is waning, those trends do not necessarily work in lockstep with demand as e-commerce users will continue to invest in their real estate in order to provide for timelier/more cost-efficient delivery. Additionally, the evolution of industries ranging from food and beverage to electric vehicle assembly are in the midst of modernization, which will require additional real estate with more sophisticated designs.

On the negative side, the debt markets continue to be volatile with commercial real estate interest rates going from the low 3 percent range in 2021 to +/- 7 percent at the end of 2022. This reset in rates, and the historical pace at which it has occurred, has been a shock to the entire commercial real estate industry. Not only is the cost of capital far more expensive but the availability of debt is scarce with life insurance and CMBS on the sidelines and most large, money-center banks generally putting a pause on new loan originations.

As such, developers that had planned speculative industrial construction starts in 2023 are increasingly putting their projects on hold due to proformas which no longer pencil to acceptable returns even with the robust demand that exists. The development community’s problems are further compounded by construction costs, which rose precipitously over the last two years and show no sign of falling anytime soon.

Projections indicate that 50 percent or more of the new construction pipeline projected for 2023 will not occur, which will lead to an acute tightening of vacancy and a slowdown of the market’s growth with an inadequate number of options to fulfill user’s space requirements.

Additionally, the challenges presented by the debt market have also cut significantly into industrial property values with stabilized cap rates increasing by 200 to 250 basis points since the first quarter of 2022, resulting in a rapid 20 to 30 percent loss in value. That reset in pricing has put most would-be sellers on hold for the time being, which has limited the recycling of capital that is necessary for lenders to continue to place loans.

Moving into 2023, as interest rates continue to stabilize, new annual lending allocations are made available, existing debt matures and the acceptance of a new pricing structure crystalizes with sellers, the market will loosen allowing for construction to proceed and properties to begin trading again.

In the interim, the few small to mid-sized buildings that may be available in the market to users will likely avoid a major hit to their value due to the limited number of building options that are available for sale. Similarly, lease rates will continue to rise as the 13 million square feet of buildings under construction deliver without a similar wave behind them.

Uncertainty of the capital markets aside, the industrial asset class in Kansas City is poised to build upon the area’s significant momentum in the long term as an excellent option for users to locate their operations and owners/developers to continue to invest in. Expect Kansas City to continue to exceed the metrics of its population size and remain a national market of importance on the U.S. industrial real estate scene.