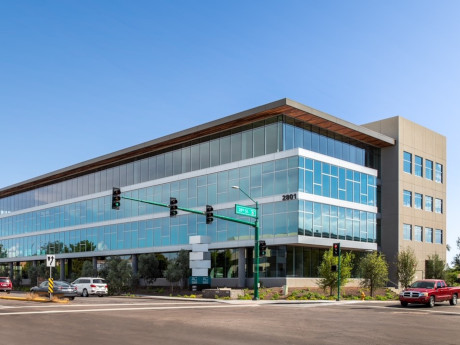 PHOENIX — Holualoa Cos. and LaPour Partners have completed the disposition of a Class A office building in Phoenix’s Camelback Corridor. Oklahoma City-based Humphreys Capital bought the asset for $66.3 million, or $573 per square foot.

The four-story, 115,000-square-foot building was 95 percent leased upon sale. The sellers acquired the site, which included seven existing two-story office buildings, in 2016. The existing structures were demolished and a LEED-certified building with a 326-space underground parking garage was developed on the site in 2018.