In-N-Out Burger to Expand to Tennessee, Plans to Open First Restaurant by 2026 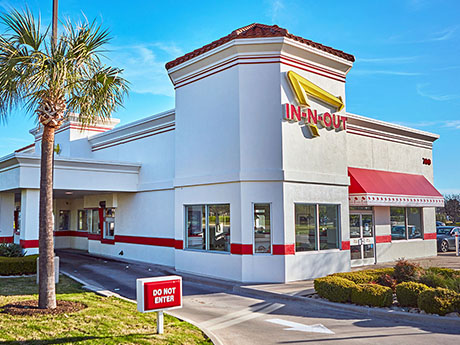 Pictured is a representative photo of an In-N-Out location in Texas. The fast-food chain is moving east with plans to open a Tennessee location by 2026.

FRANKLIN, TENN. — In-N-Out Burger, a popular fast-food chain based in California, has announced plans to expand to Tennessee, beginning with a regional office in the Nashville suburb of Franklin. The company plans to open its first Tennessee restaurant in the Nashville area by 2026, which represents the furthest east location for In-N-Out.

“We are very excited to provide Tennesseans with our quality burgers, fries and shakes,” says Lynsi Snyder, In-N-Out owner and president. “This expansion is significant for our company. For many years, we’ve heard requests from our customers in Tennessee to consider opening locations near them, further east than we’ve ever been. We very much look forward to serving them in years to come and becoming part of the wonderful communities in The Volunteer State.”

In-N-Out was founded in 1948 by Harry and Esther Snyder as a small hamburger stand in Baldwin Park, Calif. The building is considered California’s first drive-thru hamburger stand. Today, In-N-Out operates 385 locations in Arizona, California, Colorado, Nevada, Oregon, Texas and Utah. The company, which has headquarters in Baldwin Park and Irvine, Calif., employs about 35,000 associates and does not franchise any of its locations.