Industrial Buyers in Northeast Markets Can Work With Negative Leverage 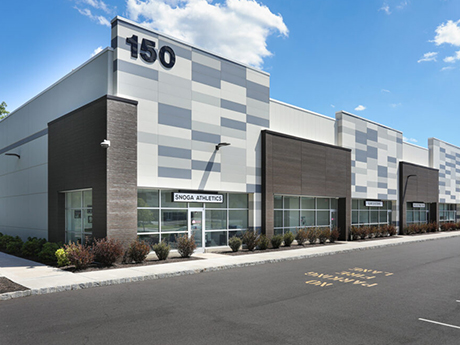 At face value, the term has an undeniably ominous connotation. The first half is an umbrella word for all things adverse and pessimistic, while the second evokes a sense of financial helplessness and dependency, of being permanently hamstrung by creditors.

Yet in the context of industrial investment in major markets throughout the Northeast, the term is more synonymous with flexibility and acceptance, as it represents a framework through which deals continue to get done despite the very dicey conditions of the U.S. capital markets.

Since the Federal Reserve began aggressively raising the federal funds rates this spring to combat severe inflation, all commercial property types have been hit with softening buyer demand and, consequently, price declines. At the time of this writing, the nation’s central bank had a target range of 3 to 3.25 percent for short-term interest rates, nearly 300 basis points above its stated goal at the beginning of the year.

Increases of that magnitude in the cost of debt adversely impact demand across all asset classes, as there are only so many buyers that can pay entirely in cash. Investors that can pay all cash expect — and usually receive — discounted prices in exchange for their liquidity, which eliminates much of the red tape in investment sales and gets deals across the finish line much more quickly.

“Certainty of closing has become extremely important in the current environment, where some might argue that pricing six months from now will be lower than today,” says Ohad Porat, chief investment officer at New Jersey-based investment firm Faropoint. “Because of this, sellers are often willing to compromise on pricing in exchange for guaranteed execution.”

“Liquidity for financing is low, and the commercial mortgage-backed security market is very constrained,” Porat continues. “Banks are being more restrictive, which means there is less supply for financing pushes. This ‘perfect storm’ from the financing side has already affected cap rates, but we assume that cap rates will widen even further.”

With decreases in pricing come increases in cap rates. But in major industrial markets, cap rate elevation is tempered by strong rent growth — something the sector is still seeing in spades. The net result of all this activity is a scenario in which the total cost of debt — which is usually 200 to 300 basis points above the short-term rate — exceeds the all-in cap rate, also known as negative leverage.

Permanent loans for acquisitions are typically priced along these lines. Bridge debt, on the other hand, is generally priced off the Secured Overnight Financing Rate (SOFR), which is also up about 300 basis points since the beginning of 2022. This means that both short- and long-term financing options are significantly more expensive, which translates to erosion of returns on investment.

So why are a number of capital sources representing a variety of investor profiles willing to buy under these circumstances? Because those buyers believe in the sector’s long-term potential for sustained tenant demand that will continue to drive healthy rent growth.

“It’s all about the rent growth and feeling confident that you’ll be able to get to that rent growth, though it could be in year two or three,” says Kevin Welsh, executive managing director at Newmark’s Northern New Jersey office. “It’s hard to see a buyer being at 200 basis points of negative leverage, but at 50 or 75 basis points, the deal can work.”

According to third-quarter data from CBRE, the average asking rent across the major boroughs of New York City rose by 5 percent to $26.72 per square foot relative to that time a year ago. Although there is nearly 7 million square feet of space under construction throughout the greater market, the quarter-over-quarter vacancy declined by 30 basis points, settling in at 6.7 percent to close the third period.

And throughout Pennsylvania’s I-78/I-81 corridor, Class A industrial rents grew by 11.1 percent year-over-year during the third quarter, according to CBRE. The average asking rent for that product type in those submarkets stands at $6.83 per square foot, with some deals seeing rates in excess of $9 per square foot.

“There’s some willingness to wait for the rent roll up, and then there’s the question of whether the fundamentals are still there, and the reality is that folks feel pretty good about leasing and rental rate growth in the industrial market,” says Gary Gabriel, executive vice chairman at Cushman & Wakefield’s Northern New Jersey office.

“When your all-in borrowing rate is in the 5s, if it’s not an all-cash buyer but one who needs to finance at today’s rates, it’s tough to take a 3.5 percent cap on a deal with 5.5 percent debt, unless something significant happens to that income stream in the short term,” he elaborates.

This dynamic within the market speaks to the classic real estate adage: Every deal is different.

“You can’t generalize because there are so many variables with all these situations — location, building functionality, capital exposure to future approvals to the property,” says Welsh. “But for some of the smaller deals with shorter weighted average lease terms, there are some buyers who are willing to accept negative leverage in the short run.”

Indeed, the factor that is weighted average lease term (WALT) has come under more scrutiny as interest rates have risen. Simply put, the shorter the WALT, the faster the rent roll up can be achieved. Investors that believe that major demand drivers like e-commerce, third-party distribution and onshoring of manufacturing operations will remain entrenched in the future will look at deals with short WALTs and see opportunities.

“We’re very focused on multi-tenant industrial and rent rolls that aren’t embodied by a single tenant — having a WALT that allows us to get to the rent roll and tenants within five years or less,” says Mark Mahasky, director of acquisitions and capital transactions at New Jersey-based investment firm Denholtz Properties. “So we can accept negative leverage in the short term as long as we’re confident that we can get to our business plan quickly.”

Mahasky says that his firm is also still willing to pursue deals in secondary and tertiary markets, which tend to have fewer bidders. In addition, these properties often have value-add potential — another mechanism through which higher rents can be achieved.

But for some deals, such as an asset in a small market with a single tenant whose rental rate is locked in for the next 10 years, the demand landscape is considerably different. There’s little upside to buying such a deal in this financial environment, and those deals typically only transact if the seller is willing to be very flexible on pricing.

If deals with more tenants represent more routes to higher rents — and faster escapes from negative-leverage situations — then it makes sense that portfolio deals would be highly sought-after in this market.

In August, Newmark brokered the sale of a portfolio of six light industrial buildings totaling 650,000 square feet in the Northern New Jersey communities of Randolph and Warren. Yet with this deal, the Newmark team, which included Welsh, noted that nearly half of the in-place tenants had their leases originated or renewed within the last six months, which would suggest a larger WALT.

The redeeming factor? As infill markets that serve New York City, these markets have seen minimal supply growth in recent years due to scant land for new development. As a result, the stable cash flow that the portfolio offers in the short term is not in jeopardy of evaporating in the coming years.

As usual, the circumstances of these deals are different. But the end result is the same: The path to higher rent growth and net operating income is clear, thus the risk from buying at heavy or even negative leverage is reduced

Aside from having natural barriers to new supply growth, many industrial markets in the Northeast appeal to investors for the simple reason that they serve communities with high levels of population density.

Particularly for e-commerce and third-party logistics users, there is consequently little choice but to pay what the market demands. Not only is the inventory of available space likely to remain limited, but real estate ultimately represents a very small piece of these users’ operating cost structures.

Today’s consumers expect absolute speed and surety of delivery when shopping online. Sources say that e-commerce users must have facilities that are physically located close enough to their customer bases to fulfill that expectation, or they risk losing those customers. Given that fact — especially with where energy prices currently stand — strong demand exists for transportation-advantaged properties.

“Transportation costs remain an outsized proportion of most company balance sheets in the logistics space, so finding the most well-located and most functional asset is a really important consideration in the site selection process,” says Ben Andreycak, head of acquisitions for Realterm, a global investment management firm based in Annapolis. “We are still seeing solid rental growth because of that dynamic.”

Realterm, which focuses on these “high flow through” assets that are designed to maximize the incoming and outgoing movement of goods, recently purchased a 66,504-square-foot warehouse in the Northern New Jersey community of Fairview. At the time, the company noted that the facility’s proximity to major nearby thoroughfares meant that tenants could access a customer base of more than 10 million people within a 15-mile radius.

While this subcategory of industrial real estate in the Northeast has also benefitted from minimal supply growth in recent years and is still backed by strong demand, Andreycak acknowledges that the capital markets are still very fluid and unpredictable.

“Every different transaction has its nuances, and the buyer pool on long-term leased assets with contractual cash flows remains one that is very much in the discovery phase and that has more uncertainty given the interest rate environment,” he says. “Conversely, on shorter-term leased assets, because fundamentals remain strong in terms of vacancy and tenant demand, we’re still seeing a very competitive buyer pool for well-located properties.”

The subtle rise in deals that close at negative leverage is part of a larger reset within the market, sources say. Pricing is the most visible indicator of that shift.

“Some deals are definitely more conducive to accepting negative leverage than others, and it’s refreshing to see the investment community look more discriminately at deals,” says Gabriel. “Private investors with capital are in good spots — assuming sellers are willing to clear at market prices — to buy assets that are clearly less expensive than they were a few months ago. And now that assets are being more carefully scrutinized, there’s more movement and variance in bids between different assets and markets.”

“Bid-ask spreads are widening significantly, and there are a number of sellers that are grappling with this price discovery, which can make it hard to transact,” adds Welsh. “Interest rates do push cap rates up via negative leverage, but that’s when you really have to look at the fundamentals of the asset class and the capital flows, which also influence cap rates. If there’s a lot of money chasing that asset class, liquidity is created, which puts some downward pressure on cap rates.”

Buyers most also contend with the possibility that more rate hikes are coming, as the medicine has yet to exact any significant change in inflation. The Consumer Price Index posted a year-over-year increase of 8.2 percent in September, an improvement from previous months but a far cry from the target annual growth rate of 1 to 2 percent.

Mahasky says that showing restraint, practicality and caution is the key to successfully navigating the tumultuous conditions in the capital markets.

“It’s all about being disciplined with your underwriting and sticking to what you think is fair and realistic and finding the right deal for this environment,” he says. “There’s still a lot of dry powder and capital chasing industrial because the fundamentals are so strong and the tenant demand is there. So while pricing and underwriting have changed, for the right deal, there’s still decent amounts of liquidity and competition.”