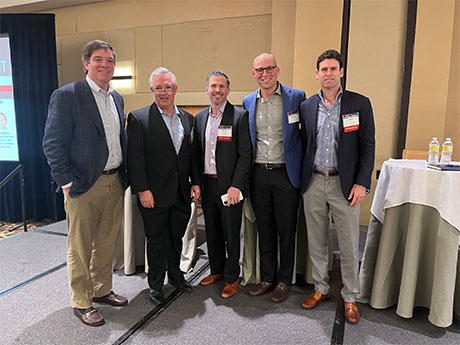 Debt capital has become decisively more expensive, and officials at the Federal Reserve are signaling that more rate hikes are coming. For the U.S. multifamily sector, the result is that investors are increasingly becoming “pencils down” until interest rates find their footing.

“We haven’t had much [investment] sales volume, as you can imagine, in the third or fourth quarter,” said Bennett Sands, managing development director at Wood Partners, an Atlanta-based apartment developer. “Looking ahead, our sales volume in 2023 will be down 50 percent [from 2022], if we’re lucky.”

“It has been pretty quiet the past few months, and we expect that to continue for the next few months as well,” added Andrew Zelman, vice president of acquisitions at GID, a multifamily and mixed-use developer based in Boston. “As far as our outlook for 2023, we would be thrilled to do the same as 2022.”

The panelists agreed that the downshift is happening in real time. As interest rates began to climb this summer, the investment community became more cautious in short order. In the third quarter of 2022, U.S. multifamily sales volume totaled $74.1 billion, a 17 percent decrease from third-quarter 2021 activity, according to data from MSCI Real Assets (formerly Real Capital Analytics).

One of the major reasons that acquisitions are slowing is that investors need to underwrite their investments at an exit capitalization rate that exceeds the interest rate on their mortgage, otherwise the asset will have negative leverage. That becomes more difficult to execute the higher interest rates climb.

“Today, my investment committee is turning down deals unless it’s right on the cusp of a 6 percent cap rate,” said Sands. Zelman said GID’s target cap rate range now is 5.5 to 6.5 percent. For context on how fast the goalposts are moving, the average cap rate for U.S. multifamily sales hovered at 4.4 percent in the third quarter, according to MSCI Real Assets.

Buyers, sellers are still out there

So where are the deals going to come from?

Sam Moore, senior managing director of U.S. East investment at Greystar, said that there are still plenty of motivated buyers that need to allocate capital to the multifamily sector, including 1031 exchange investors that have strict investment timelines.

There are also value-add investors that can take advantage of the flux in the capital markets. Brett Richards, chief investment officer of Atlanta-based multifamily investment firm CARROLL, said that value-add investors haven’t had to do the typical cycle of acquisition, renovation and disposition because they could sell at a substantial profit without having to invest as much capital into renovations the past few years.

“People are going to start doing renovations again,” said Richards. “How many people didn’t do anything with these value-add deals? Many probably said, ‘Why? Just wait.’”

One point the panelists said can’t be overstated is that multifamily will continue to be the product type of choice despite macroeconomic headwinds because it serves a basic human need. Additionally, the same headwinds from rising interest rates are hampering the single-family residential market, which should create more demand for multifamily living. 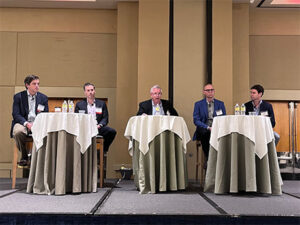 The investor panel at InterFace Multifamily Southeast discussed how rising interest rates are impacting investment activity for their firms.

Property fundamentals also appear to be elevated for the time being. Moody’s Analytics reported that the U.S. multifamily sector posted a vacancy rate of 4.4 percent in third-quarter 2022, which is a new five-year low. Additionally, rental rates climbed 10.7 percent year-over-year in the third quarter.

Until clarity comes on the interest rate front, the panelists said that investment activity in 2023 will more than likely be tempered as opposed to the previous years that were marked by aggressive growth. Because of the combination of favorable conditions in years past, panelists weren’t sure if the U.S. multifamily sector will ever return to its torrid pace of sales volume and values.

Richards said that multifamily investment sales volume may return to similar numbers that occurred in previous years by the end of this decade. However, he said he thinks the first swing in that direction may not occur until 2024 when the Federal Reserve could begin to scale back on interest rates. He also noted the office sector will likely continue its slide due to underutilization, and some of those investment dollars will likely pivot to multifamily, which will put pressure on cap rates.

“We’re going to go through a bad 2023 and then we’re cutting interest rates in 2024,” predicted Richards. “We won’t go right back to peak pricing. It will take time.”