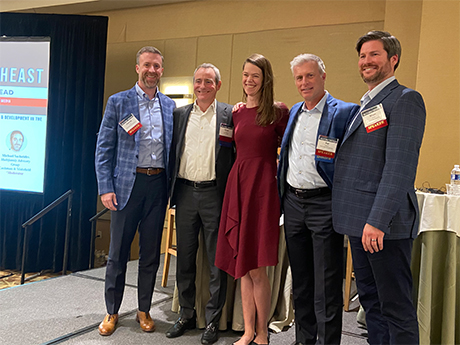 Against increasingly turbulent macroeconomic conditions, capital sources in both the debt and equity markets are being pickier which multifamily deals they finance or invest in, with higher required rates of return (RRR) emerging as the symbol of this newfound selectivity.

The macroeconomic deck is indeed stacked against capital sources. Borrowing costs have quintupled over the last eight months as the Federal Reserve has waged war on inflation, rattling off seven rate hikes for an aggregate increase of 425 basis points. Prices of key construction materials continue to fluctuate wildly as labor issues, both domestic and abroad, continue to entangle global supply chains.

But lenders and investors can only sit on the sidelines for so long. To hedge their bets against market conditions beyond their control, many capital sources in the multifamily space are only giving serious consideration to deals and projects in which the path to a certain rate of return — or exit cap rate — is clear and plausible.

The movement in RRR that multifamily owners and developers are facing from their capital partners formed a core part of the discussion at the 13th annual InterFace Multifamily Southeast conference. Hosted by Atlanta-based France Media, the event took place in early December at the Westin Buckhead Hotel. Jason Nettles, a managing director in Northmarq’s Atlanta office, moderated the development panel.

The economic stress tends to move linearly through the capital stack, starting with debt. Skyrocketing interest rates force borrowers to seek and accept lower leverage ratios, thus putting more pressure on equity sources to make up the difference. This pressure is particularly pronounced on new projects due to the volatility of materials pricing and shortage of labor that drive up construction costs.

“Historically, we targeted 65 percent debt on new projects, which we considered to be relatively conservative,” added panelist Brian Oates, executive managing director of development at Atlanta-based RangeWater Real Estate. “In recent months, even with the lending relationships we have, we’re topping out at 60 percent debt if we’re lucky.”

Oates added that his company, a merchant builder, is generally seeing diminished demand to buy newly constructed, stabilized projects — another byproduct of rising interest rates. This makes it more difficult to accurately underwrite exit cap rates, which in turn gives lenders some pause regarding new development. In other words, it slows the normal pace of business and forces both lenders and borrowers to heavily scrutinize their underwriting metrics and sometimes make adjustments on the fly.

The trickling of the debt-side disruption through the project financing process eventually creates more risk for equity sources. These capital partners are managing their elevated exposure by installing firm minimum requirements on exit cap rates. If a given rate of return is at risk, investors are more likely to pass on the deal entirely — a true manifestation of the heightened selectivity that comes with macroeconomic discord.

The panelists concurred that, all other factors being held equal, the general RRR cutoff for serious deal consideration is somewhere between 5 and 6 percent.

“Our yields have come down, and we’re not getting deals approved in which the exit cap rate is under 5.5 percent,” said Annie Hirst, senior vice president of development at AMLI Residential, which has offices in Atlanta and South Florida. “With cap rates increasing and values going down, our capital partners are requiring more performance updates and being very careful about how they manage cash on hand.”

Panelist Patrick Chessin, senior managing director of development at Mill Creek Residential, said that it’s essentially pointless to approach an investment committee from one of the firm’s capital partners with a deal with an exit cap rate below 6 percent. “With today’s costs of debt, it’s hard to make deals work at that number,” he said.

Developers prioritize cultivating longstanding relationships with lenders and equity partners, and when deals turn out to be profitable for all parties involved, those parties tend to do more collaborations. But these shifts in how projects are financed are forcing developers to frequently seek out new equity partners with RRRs perhaps slightly less stringent. At the same time, developers want to be sure that these new equity partners have established track records on similar deals. Needless to say, this economic balancing act can be a tough one to successfully execute.