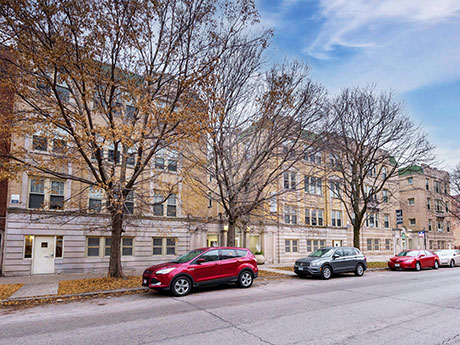 The properties total 79 units and are located along East Hyde Park Boulevard.

CHICAGO — Interra Realty has brokered the sale of a three-building multifamily portfolio in Chicago’s Hyde Park neighborhood for $17 million. The properties, which total 79 units, include 1310 E. Hyde Park Blvd., 1318 E. Hyde Park Blvd. and 1334 E. Hyde Park Blvd. They are situated about a mile north of the University of Chicago. Joe Smazal of Interra represented the private seller, an East Coast-based investor that renovated 90 percent of the units. Ted Stratman of Interra represented the buyer, also an East Coast-based investor. The buyer plans to add energy-efficient boilers, replace all roofs, update the units that have yet to be renovated and add new amenities such as bike rooms.