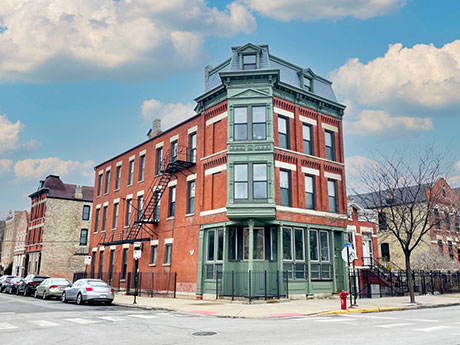 Pictured is the property at 1924 S. Loomis St., which features six units.

CHICAGO — Interra Realty has negotiated the $2.2 million sale of a two-building multifamily portfolio in Chicago’s Pilsen neighborhood. The properties include a six-unit building at 1924 S. Loomis St. and a seven-unit building at 2214 W. 18th Place. The average price per unit was $171,538. Jeremy Morton of Interra represented the seller, a private local owner that purchased the properties more than 20 years ago. The buildings sold to two separate private buyers. The buyer of 2214 W. 18th Place plans to modernize the units and add in-unit laundry. The building was last renovated in 2003. The buyer of 1924 S. Loomis St. plans to install in-unit laundry. The property was last renovated in 1998.