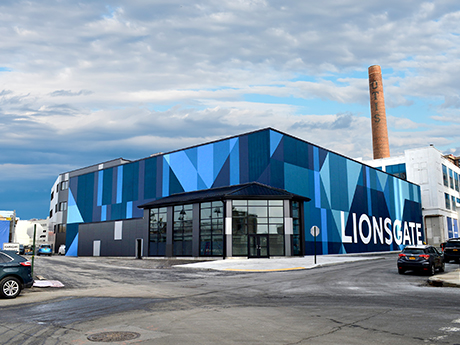 The new loan refinances the construction debt on Phase I of Lionsgate Studios Yonkers. Upon completion of the $500 million second phase, the facility will be the largest modern-built film and television production campus in the Northeast.

YONKERS, N.Y. — JLL has arranged a $230 million loan for the refinancing of Lionsgate Studios Yonkers, a 500,000-square-foot film production studio located on the northern outskirts of New York City. Proceeds will retire construction debt that financed Phase I of the studio’s development, which was completed in January.

The borrower, a partnership between Connecticut-based National Resources and Great Point Capital Management, a media investment fund based in the United Kingdom, is also planning a $500 million expansion.

When complete, the studio will house 11 soundstages — eight 20,000-square-foot stages, two 10,000-square-foot stages and a 30,000 square-foot stage — and will be the largest modern-built film and television production campus in the Northeast. The property will also include parking for more than 750 cars and 100 trucks. Michael Zaremski, Michael Shmuely, John Flynn and Jimmy Cochran of JLL arranged the five-year loan.