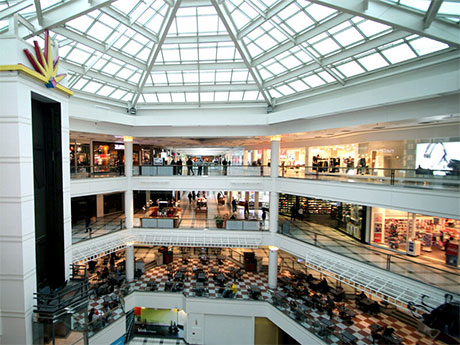 The Galleria at White Plains is an enclosed, four-story shopping mall that was built in 1980 and totals approximately 865,000 square feet of retail space.

The envisioned renovations to The Galleria are part of a larger renaissance for the area. The mall is part of a qualified Opportunity Zone, meaning that new investments in the area may be eligible for preferential tax treatment under certain conditions.

The Galleria is located at the intersection of Main Street and Dr. Martin Luther King Boulevard, and sits in proximity to multiple high-rise residential towers and office buildings, as well as Pace University’s Westchester campus and the White Plains City and Westchester County courthouses.

According to the Galleria’s website, the mall currently includes retailers such as Forever 21, American Eagle and H&M, as well as food options such as Burger King, Dunkin Donuts, Subway and KFC. Sears and Macy’s previously anchored the property, but both closed in 2021, according to local news sources.

“This is one of the most exciting mixed-use development sites in the New York metro area,” says Steve Plenge, CEO of PRCP. “We have worked over the past few years to acquire the Macy’s fee interest at the site, along with the leasehold interest of the former Sears. Working with our new partners, we will reimagine the site as a vibrant mixed-use project that will be centered on residential development and amenity-based retail.”