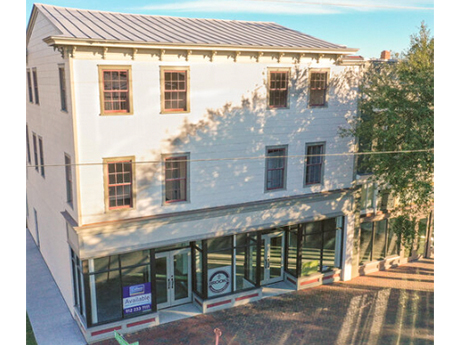 West Broad is a redevelopment of the historic 300 block of Martin Luther King Jr. Boulevard on Savannah's west side.

West Broad’s first floor is fully leased and there are commercial and coworking spaces available for lease on the second and third floors, according to Judge Commercial. The 300 block was originally constructed between 1910 and 1922 and housed the landmark Thrifty Supply Center hardware store for 60 years. Urban design and civic architecture firm Sottile and Sottile oversaw the redesign of the four-story, 60,000-square-foot adaptive reuse project.