Posted on July 21, 2022 by Taylor Williams in Development, Office, Texas 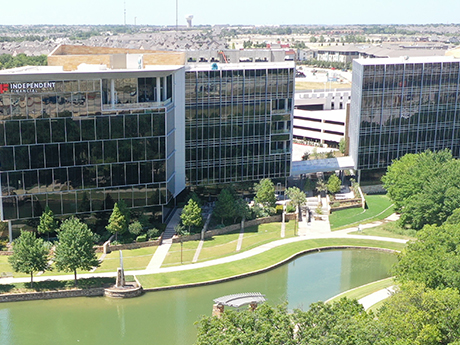 More than half of Independent Financial's employees work at the McKinney campus, Phase II of which was recently completed.

MCKINNEY, TEXAS — Locally based developer KDC has completed Phase II of Independent Financial’s $150 million office headquarters campus in the northern Dallas suburb of McKinney. Construction of the six-story, 198,000-square-foot building, which is located within the Craig Ranch master-planned development, began in early 2021. KDC completed Phase I of the project, which featured a 165,000-square-foot building on a 10-acre site, in summer 2019. Amenities include a fitness center, coffee bar and a grab-and-go dining area. Earlier this year, the project team purchased an additional 17 acres located northwest of the campus for further expansion, bringing the total footprint to 30 acres.