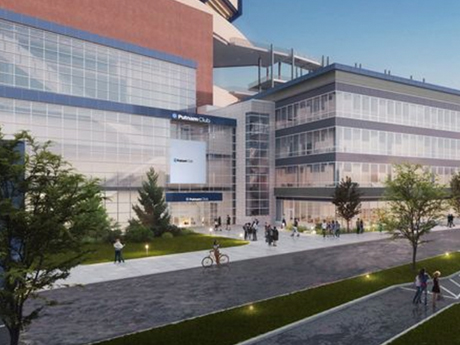 The new office building at Gillette Stadium in Foxborough is slated for an October completion.

FOXBOROUGH, MASS. — Kraft Group is nearing completion of a 120,000-square-foot office building that will be located about 30 miles south of Boston on the Gillette Stadium campus in Foxborough, the home of the NFL’s New England Patriots and MLS’ New England Revolution. SGA designed the four-story project, construction of which began in February and is expected to be complete in October. The facility represents the first phase of a new multi-purpose project that will house the operations of Kraft Group and its subsidiary, International Forest Products, as well as those of the football team.