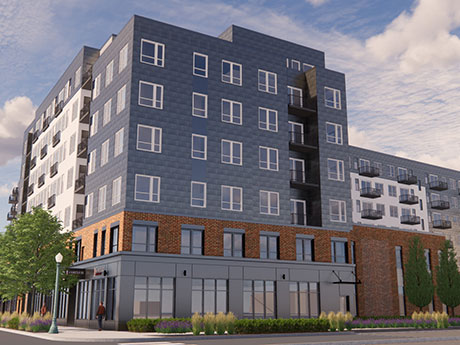 Phase I of The Hallon is underway and slated for completion in August 2023. Kraus-Anderson expects to wrap up construction of Phase II in summer 2024.

HOPKINS, MINN. — Kraus-Anderson has begun construction of the second phase of an apartment project named The Hallon in Hopkins, a western suburb of Minneapolis. The project site is adjacent to the future Blake Road Metro Green Line Extension Transit station. Developed by Trilogy Real Estate Group and designed by ESG Architects, the development will ultimately comprise three buildings and 770 units.