Kroger Agrees to Acquire Albertsons in $24.6B Merger of Grocery Giants 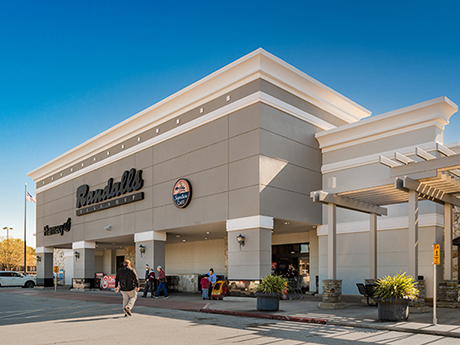 Randalls, a subsidiary of Idaho-based grocer Albertsons, serves as the largest anchor tenant at Champions Village in Houston. The center enjoys a daily traffic count in excess of 58,000 vehicles.

CINCINNATI AND BOISE, IDAHO — Kroger Co. (NYSE: KR) and Albertsons Cos. Inc. (NYSE: ACI) have agreed to a merger under which Kroger will acquire all outstanding shares of Albertsons’ common and preferred stock for an estimated total consideration of $34.10 per share, or a total enterprise value of approximately $24.6 billion. The deal includes the assumption of $4.7 billion of Albertsons’ net debt.

Both companies’ boards of directors unanimously approved the agreement. The purchase price represents an approximately 32.8 percent premium to the closing price of ACI stock on Oct. 12, and 29.7 percent to the 30-day volume-weighted average price.

The exact motivation for the merger was not stated in the press release, but The Wall Street Journal notes that by combining, the companies would have greater leverage in negotiations with vendors and compete better with companies such as Walmart and Amazon.

Together, Boise-based Albertsons and Cincinnati-based Kroger currently operate a total of 4,996 stores, 66 distribution centers, 52 manufacturing plants, 3,972 pharmacies and 2,015 fuel centers. The two companies employ a combined 710,000 associates. On a combined basis, the companies delivered approximately $210 billion in revenue and $3.3 billion in net earnings in the fiscal year 2021.

The companies plan to sell between 100 and 375 stores through a newly created Albertsons subsidiary called SpinCo. SpinCo would be spun-off to Albertsons Cos. shareholders immediately prior to merger closing and operate as a standalone public company.

“Today’s announcement marks the successful outcome of the board-led review of strategic alternatives Albertsons Cos. announced in February,” says Chan Galbato, co-chair of the Albertsons board of directors and chief executive officer of Cerberus Operations, a private equity firm that owns a significant stake in the supermarket chain.

The transaction is scheduled to close in early 2024, subject to required regulatory clearance. Current Kroger CEO Rodney McMullen and CFO Gary Millerchip will lead the combined company under their current titles.

As part of the transaction, Albertsons will pay a cash dividend of up to $4 billion to its shareholders, payable on Nov. 7 to shareholders of record as of the close of business on Oct. 24.