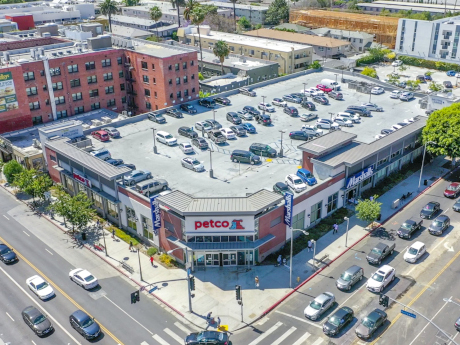 All of Los Angeles County might have been under the same restrictions throughout the pandemic, but their emergence from this period reveals a lot about the localized retail environments.

“Los Angeles’ retail market has weathered COVID better than many other markets around the country,” says Matthew May, founder of May Realty Advisors in the Los Angeles submarket of Sherman Oaks, Calif. “However, the recovery has favored a diverse group of suburban markets.”

Markets like East Hollywood/Silver Lake, Inglewood/South LA and Santa Clarita boasted the highest 12-month rolling net absorptions in the county, according to CoStar — something May doesn’t believe was expected.

“LA is known as a melting pot and this is reflected in the geographic and ethnic makeup of the top submarkets based on net absorption,” he says. “Vacancies in many of the suburbs were substantially less than in the Central Business Districts and tony retail areas from Beverly Hills to Abbott Kinney. These emerging markets were quite a surprise.”

On the other hand, metro markets like Santa Monica, Downtown LA and Koreatown each had more than 100,000 square feet of negative absorption. Santa Monica’s Third Street Promenade has been one of the hardest hit.

“The last time landlords were asked what the current rents were, they replied, ‘we don’t know. It’s a moving target,’” May says. “What we do know is they’re no longer $200-plus a square foot.”

The suburban markets that are thriving are doing so for different reasons, he explains. In Santa Clarita, for example, larger centers with national tenants are thriving due to the city’s emphasis on family oriented, master-planned neighborhoods. East Hollywood/Silver Lake, meanwhile, does very well with smaller strip centers and street retail.

“The residents and the retail are more eclectic and cater to a more demographically diverse population,” May notes. “National soft good retailers of any size are few and far between in these areas.”

May adds that the suburbs might have also provided a sense of safety and confidence during the pandemic that was hard to find in denser regions. Southern California’s ideal weather also boosted restaurant sales once the county was allowed outdoor dining on public sidewalks and in parking areas.

“Alongside the stimulus money, which increased 2021 retail sales in the U.S. by more than 18 percent, this has been one of the best benefits resulting from the pandemic,” he notes.

It’s hard to have a conversation about retail real estate without somebody mentioning that most cities, including Los Angeles, are over-retailed. May doesn’t necessarily see this as accurate, however.

“Although it may appear to many Angelenos that LA has too much retail, LA has 20 percent less retail per square foot than Chicago while having a substantially higher population,” he says. “As a result of lockdowns and labor shortages, fewer new projects were approved or planned as the future was uncertain and labor shortages impacted permit approvals.”

Now that we’re emerging from the after-effects of the pandemic, May believes development will pick up. Much of this development will be mixed-use and situated in the suburbs, he says. Though the suburbs are synonymous with cars — at least in Los Angeles — May also predicts this will change as more development penetrates these areas. He sees parking requirements being reduced as government initiatives promote public transportation and ridesharing.

“This is in sync with the trend of Millennials, who don’t own cars and are moving to suburban areas,” May says.

Some of the older retail stock may also be demolished or converted into other uses, including housing — something LA sorely needs to keep up with demand. This will further foster the mixed-use environment, creating live-work-play communities that were notoriously absent from the suburbs until now.

“Change is inevitable,” May says. “The migration from urban to suburban, from retail-only to mixed-use, and from brick and mortar to online and omnichannel, these trends have forever changed the retail landscape little by little. Like the ‘retail apocalypse’ that never occurred, retailers and customers are discovering and creating new ways to adapt and thrive.”