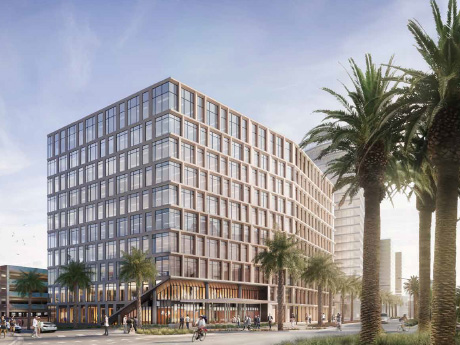 1700 Pavilion, located in downtown Summerlin, accounts for one-fourth of the space finalized this year. As of mid-May, the the 10-story property was 40 percent pre-leased.

A growing, educated local labor force and lower rents compared to other office hubs in the region are driving office tenants to Las Vegas. The metro registered the largest drop in office vacancy among major U.S. markets over the 12-month span that ended in March, as tenants absorbed more than 2 million square feet. Much of this space was at Class B/C properties, with the subsector noting the strongest four-quarter span for demand on record. The resulting 330-basis-point reduction in overall availability during the year-long period slashed vacancy to a more than 15-year low of 12.4 percent, enhancing the sector’s outlook heading into the second quarter.

The metro’s second-largest submarket by inventory, Southwest Las Vegas, exemplifies the strength of the local office sector. During the past year, the area accounted for half of the metro’s 20,000-square-foot-plus lease executions. International Gaming Technology’s sublease of a three-story building highlighted recent activity, with VisCap Media, Agilysys, DraftKings, Kiewit and Molina Healthcare all making notable commitments that dropped vacancy to 9.4 percent in March.

Apart from leasing, this submarket is also the center of development. Roughly 60 percent of the space slated for completion metro-wide this year is in Southwest Las Vegas. Fortunately, three-fourths of this space is accounted for, demonstrating office users’ appetite for newly built suburban space that can support hybrid work schedules. 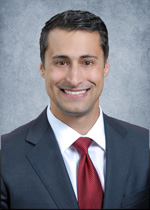 West Las Vegas represents an additional standout locale in the metro. Of the market’s five largest submarkets by inventory, the area noted the most pronounced vacancy reduction over the past year at 640 basis points. Primarily consisting of Summerlin, the submarket also led the metro in rent growth, with the average marketed rate surging more than 13 percent to nearly $20 per square foot during the past four quarters.

Deliveries over the past 12 months ending in March were sparse and concentrated in Southwest Las Vegas. These were highlighted by Axiom, an 80,000-square-foot project finalized in the first quarter of 2022. Moving forward, an increase in completions will occur as an estimated 1 million square feet is expected to be finalized this year. This volume of supply additions will increase the metro’s office inventory by 1.8 percent, marking the largest increase in 13 years.

Located in Downtown Summerlin adjacent to the Las Vegas Ballpark, the 10-story 1700 Pavilion accounts for one-fourth of the space finalized this year. As of mid-May, the property was 40 percent pre-leased with a tenant roster that includes Wynn Design & Development, which will occupy the top floor in December. Overall, as of mid-May, 70 percent of the 970,000 square feet underway throughout Las Vegas was accounted for, with no space available at projects slated for 2023 delivery.

Las Vegas’ population is expected to increase by 240,000 residents over the next five years, driven by noteworthy in-migration. Investors and health services providers alike are betting that the inflow of new residents will heighten demand for convenient medical care.

Investors have been acquiring Class B medical office properties throughout the market over the past 12 months. Most of these buildings were constructed over the past 20 years and are trading at mid-5 to low-7 percent yields. In Southwest Las Vegas and Henderson, asset pricing for these properties is exceeding $250 per square foot.

Meanwhile, health service providers are occupying additional space, with medical office vacancy declining 50 basis points over the past year to 13.3 percent in March — the lowest rate of availability since 2007. Conditions are poised to remain tight, as just 120,000 square feet of medical office space was underway as of May, most of which is pre-leased.

Outside Buyers Elevate Competition for Listings

Significant vacancy compression over the past year has bolstered the outlook for Las Vegas’ office sector. Investors are taking note and pursuing listings with increased fervor as sales activity more than doubled during the past four quarters.

Buyers with a preference for mixed-use assets that feature a combination of office space and apartments are active in Southwest and South Las Vegas, where multifamily vacancy rates rest below 3 percent. In both locales, sub-$200 per square foot pricing for these properties is becoming a rarity.

Population projections, economic growth and regionally discounted office rents are primed to motivate more traditional users and medical providers to establish or expand local operations in the coming quarters. These commitments are poised to support a second straight year of above-average demand that enables Las Vegas to rank among the nation’s tightest office markets.