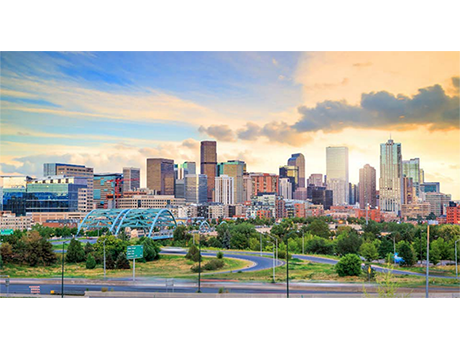 Rising interest rates, inflation and general economic uncertainty altered the patterns and outlooks for the industrial, office, retail and multifamily sectors across the United States. As Lee & Associates’ recent Q2 2022 North America Market Report reveals, certain sectors like industrial and multifamily, that were white hot last year, have begun to cool slightly. Meanwhile, retail is making historic gains in the face of decreasing interest in ecommerce.

Since early last year, quarterly net absorption in the U.S. market has averaged 53 percent, more than in any quarter in all the years before the pandemic. Net absorption in 2021 totaled 515.8 million square feet. That’s 57 percent more than in 2020, the year of the lockdown and before ecommerce could fully ramp up to meet sudden demand. Nevertheless, measurements show that with lower hospitalization rates due to COVID, in-person shopping in 2021 gained ground on ecommerce, perhaps for the first time.

The shift was affirmed with Amazon’s recent announcement that it is slowing expansion of its distribution network. Still, U.S. households accrued an extra $5 trillion during the pandemic — savings that will help consumers weather a downturn or further erosion of spending power due to inflation.

It doesn’t change the fact that Amazon, which accounted for up to 20 percent of industrial demand in North America throughout 2020 and 2021, reported an overall net loss in the first quarter. It attributed the loss to rising expenses tied to labor, transportation costs and excess space in its distribution network. So far, Amazon appears to be disproportionately shedding its smaller spaces, particularly in multitenant properties. The total the ecommerce giant is rumored to be subleasing or not renewing would add less than 2 percent to the total amount of U.S. industrial space now listed as available.

Annual rent growth hit 11.7 percent at the end of the second quarter of this year, a 220-basis-point jump from the end of 2021. Rents increased at slightly more than twice the average rate from 2016 to the lockdown in 2020 and have been gaining in recent months as surging demand collides with limited supply. Among the largest 50 U.S. industrial markets, 33 have 10 percent or more annual rent growth. Rent growth has been greatest in logistics properties, hitting 13.3 percent at the end of the second quarter, compared to 8.4 percent for flex space.

In Miami, Northern New Jersey, Los Angeles and other land-constrained port markets, annual rent growth has ranged from 14 percent to 21 percent. Existing available modern space and space under construction in these markets is roughly equal to 12 months of supply at current absorption rates.

Demand for North American office space weakened in the second quarter with net absorption slipping into negative territory and vacancies hitting their highest levels in a decade as companies continue to assess workplace schedules and real estate needs.

After stabilizing in the second half of 2021, sublease availability in the U.S. has moved higher, setting a record at 214 million square feet. Available second-hand space is up more than 50 percent in Salt Lake City, more than 40 percent in Cincinnati and more than 30 percent in Tampa, Minneapolis, San Antonio and Orange County, California. In San Francisco, sublease inventory totals more than 9.6 million square feet, more than half of which still is occupied, representing 2.5 percent of inventory, double the national average.

The effects of COVID continues to alter the office landscape. Utilization is at a fraction of pre-pandemic levels. One of the largest conversions of the pandemic, a nearly empty 30-story office building at 55 Broad Street in Manhattan’s financial district is being turned into 571 apartments.

Suburban office parks — initially thought to be a healthier alternative to subways, elevators and lunch counters in urban settings — also are posting high vacancies. With 75 percent of its employees working remotely, Allstate agreed to sell its headquarters campus of 55 years in the leafy Chicago suburb of Northbrook for $232 million. Dermody Properties plans to redevelop the 122-acre office park with 3.2 million square feet of logistics buildings.

Markets with the most supply underway on a percentage basis are tech centers such as San Jose, Austin and Seattle. Life science hubs San Diego and Boston along with Sun Belt metros Nashville, Miami, Charlotte and others have seen demand exceed the national average. Whatever demand can be mustered for office space, it will be difficult to offset the level of scheduled new supply. Although development has moderated since the lockdown, there still is plenty of speculative space underway. About 140 million square feet are under construction, compared to 160 million square feet going into the lockdown.

In-person shopping is regaining its popularity, and it’s taking a toll on ecommerce. Merchant demand for retail space in the United States is the most since 2017, with net absorption on track to expand by nearly 80 million square feet in 2022. The overall vacancy rate has fallen 60 basis points over the last two quarters, settling at 4.4 percent, the lowest on record.

Leading the forces behind tenant growth is a financially healthy and active consumer. Last year in-person shopping gained ground on ecommerce, possibly a first. An analysis by Mastercard says U.S. online purchases fell in March for the first time in a decade, adding more support to the view that online shopping has hit a wall, at least for now. The ripple effects are punishing the tech industry now — a reversal of the period when lockdown caused consumers to race ahead in their embrace of online shopping.

After its online sales declined 3 percent in the first quarter to $51.1 billion, Amazon said it would begin to reduce excess industrial space in its distribution network. Amazon wasn’t alone. Facebook reports sagging ad sales. Etsy and Shopify also posted unexpectedly low sales growth and have reduced expectations. Reduced online trade has reduced the pressure on retail landlords. Rent growth is averaging 4 percent, the most in more than a decade in the U.S. Strip and neighborhood centers posted the strongest first half rent growth at 4.7 percent.

U.S. markets capturing an outsized portion of population and job growth have seen rents increase substantially. Overall net absorption for U.S. space in the first half totaled 39,224,344, a 59 percent gain over the same period last year.

More than $23 billion in property traded hands in the first quarter, the most ever. Investors target the general retail segment, which chiefly are stand-alone buildings that make up 53 percent of retail space. These buildings typically are occupied by banks, car dealers, bars, bowling alleys and convenience stores.

The unprecedented pace of rent growth eased slightly in the first half of 2022 as strong demand continued for an undersupply of housing. However, to the relief of many U.S. renters, about 180,000 new apartments — roughly double the quarterly average — are slated for delivery in the third quarter and completions are expected to remain elevated through 2023.

The steadily rising cost of home buying has been keeping people in the rental market longer. Mortgage rates are up, and existing home prices reached a record median of $407,600 in May. Due to supply-chain disruptions and lengthening construction timelines, deliveries of new apartments have been flat. The U.S. vacancy rate settled at 4.9 percent at the end of the second quarter.

The apartment market has never seen such widespread, double-digit rent growth. Only the run-up during the dot-com boom in tech centers like Boston and San Jose offers a comparison. Although rent growth moderated slightly, falling from 11.3 percent at the end of 2021 to 9.2 percent at the end of the second quarter of 2022, some Sun Belt markets have seen annual rent increases of more than 20 percent.

Rents for single-family homes in April rose 14 percent year over year. Of the 50 largest U.S. multifamily markets, only Phoenix and Sacramento have full-year rent forecasts below their five-year pre-pandemic average.

Early this year rent growth began accelerating in coastal and Midwest regions. Los Angeles, San Jose and Milwaukee reported growth of 100 basis points or more. To minimize potential disruptions due to materials not being delivered on schedule, some developers have taken the unprecedented step of buying and warehousing all needed materials prior to breaking ground. This has caused construction delays. There are a record 122,000 apartment units that have been approved but not started. Additionally, developers have moved away from garden-style apartments and are trending toward dense, mid- and high-rise projects. These often are in tight urban spaces and require double or triple the construction time to complete.

With rent growth surging, investment capital has been pouring into the multifamily sector. Multifamily sales activity topped the four major real estate categories, and investors see rent growth remaining above the long-term average and the shortage of available housing not changing in the short term.

Per-unit pricing has risen 11 percent over the past four quarters and now sits at $245,000. While long-term interest rates have seen strong upward movement, it does not mean that cap rates will rise in tandem. Record rent growth most likely will be fueling rising net operating income at the property level, which could give cap rates more stability in a rising interest rate environment.