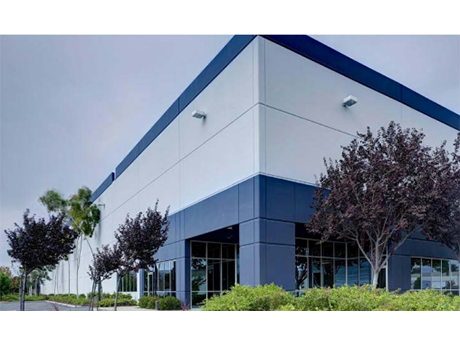 The industrial market remains strong, with vacancy rates decreasing as rents increase for facilities like this East Bay building in San Francisco. Lack of inventory has troubled the industrial market, and 844 million square feet of space are currently under construction.

Lee & Associates’ newly released 2022 Q3 North America Market Report examines third-quarter 2022 industrial, office, retail and multifamily outlooks throughout the United States. This sector-based review of commercial real estate trends for the third quarter of the year examines the difficulties facing each asset class and where opportunities in the commercial real estate landscape may be emerging.

Lee & Associates has made the full market report available here (with further breakdowns of factors like vacancy rates, market rents, inventory square footage and cap rates by city), but the summaries below provide high-level considerations of the overall health and obstacles for the industrial, office, retail and multifamily sectors.

North American industrial space availability is tight everywhere while rent growth and property prices remain near or have moved beyond historic highs. Through the third quarter, the United States’ vacancy rate settled at 4 percent, up 10 basis points from second quarter 2022. Average rents increased 11.4 percent year over year with gains of 19 percent in Miami, 18.7 percent in Southern California’s Inland Empire, 16 percent in Phoenix and 14.6 percent in Atlanta.

Since the COVID lockdown in March of 2020, developers of U.S. logistics space have been scrambling to meet demand heightened by the spike in online pandemic shopping. There are 844 million square feet of space under construction. Thirty-eight percent is pre-leased. Three hundred and fifty-five million square feet are set for delivery in the next six months. The annual average over five years prior to 2020 was 335 million square feet.

At the rate of leasing in the last three years, the total amount of available space underway and less than 15 years old will be absorbed in 21 months in contrast to the 29-month absorption average since 2006. Even as new construction is at record levels, this demonstrates that new and first-generation space is in demand and availability remains tight.

Much has been made of Amazon’s recent moves to slow expansion of its distribution network. The e-commerce giant, which accounted for at least 15 percent of U.S. absorption in 2020-21, has been shedding surplus space since posting a first-quarter loss. But elevated levels of consumer spending and record levels of imported goods continue to sustain demand for warehouse space from retailers and third-party logistics firms.

Demand weakened again in the third quarter as employers remained reluctant to deliver unpopular return-to-office commands to workers and amid concerns of the rising cost of credit in an uncertain economy.

Despite a return-to-office push that started last year, a white-hot labor market has workers unexpectedly holding the whip hand. In its samplings of 8,000 workers, Gallup said the desire to work exclusively from home has more than doubled since last fall. Sixty percent said they would change jobs to work remotely, a meaningful threat at a time when the labor department shows there are two job openings for each worker. In the first four months of 2022, office occupancy rose 20 percent, said Kastle Systems, which tracks building entries through security cards and key fobs. Since April, it’s hovered around 44 percent of pre-COVID levels. Apple executives were recently slapped with a petition signed by 1,000 workers reportedly opposing the company’s addition of a third day in the office.

The strongest markets are in the Sun Belt and include Palm Beach, Austin and Las Vegas. A resurgent tech sector is boosting demand in San Jose and life science gains are producing tenant growth in San Diego and Boston. Salt Lake City gets high marks for its low cost of doing business. The weakest demand is in the Midwest and Northeast markets, including Minneapolis and Northern New Jersey. Starts generally have been restrained in New York City, Washington, D.C. and Los Angeles, but the perennial leading cities still have an abundance of new supply underway.

North American retail real estate is emerging from the pandemic with unexpected strength as footfalls increase and consumers continue to spend at a healthy clip despite rising interest rates and inflation. The overall 4.3 percent vacancy rate in the United States is the lowest in 15 years, as the retail industry is turning around from years of adjustments for bankruptcies, empty storefronts and unloved enclosed mall space.

The transformation has been made possible by painful reinventions by investors willing to spend on facelifts and renovations. Other key factors aiding the recovery include substantially slowing new construction, e-commerce merchants expanding their physical presence and consumers less fearful of COVID and hungering to browse in shops and try on clothes. For the first time since 1995 merchants opened more stores than were shuttered.

In the U.S., brick-and-mortar retail sales pushed to a new record of $382 billion in August, an increase of nearly 25 percent over pre-COVID levels. With sales booming, retail leasing activity has bounced back. There was more than 14.8 million square feet net absorption in the third quarter, bringing the total for the year to 54 million square feet, roughly equal to the first three quarters of 2021.

Rent growth through the third quarter of this year is at 4.2 percent, compared to the 2.5 percent annual average from 2013 through 2019. Average triple net asking rents hit a record $23 per square feet, up 4.2 percent in the past year and the biggest jump in more than a decade.

Despite rising demand for space, neither developers nor banks show interest in large speculative retail projects. Projects under construction are chiefly freestanding general retail properties that are pre-leased to qualified tenants. Only 18.2 million square feet of space have been added to inventory year to date, slightly less than for the same period last year. Construction starts hit a 15-year low of about 8 million square feet in the second quarter.

Most new retail development is driven by tenant expansion in the nation’s fastest growing regions of the South and Southwest. Four of the top 10 metros with the most new inventory are in Florida (Orlando, Miami, Fort Lauderdale and Tampa) and four are in Texas (Houston, San Antonio, Austin and Dallas).

The improvement in the retail property sector has not gone unnoticed by investors. They’ve been most attracted to single-tenant net lease assets and neighborhood shopping centers in large gateway markets such as New York, Los Angeles and Chicago and high-growth metros that include Dallas, Atlanta, Phoenix and Houston.

Rent growth continued to cool in the third quarter and tenant demand was off two-thirds from a year ago, as Sun Belt markets, which paced record rent growth in 2021, witnessed the largest recent declines. Asking rents in the U.S. grew at 5.7 percent through the third quarter of the year, down from last year’s record growth rate of 11.3 percent – a level that many analysts doubt can be repeated. No doubt the lower rate is a relief for tenants, but current rents are increasing at more than twice the annual average rate of 2.5 percent over the past decade.

The slowdown in U.S. net absorption has been dramatic – 213,878 apartments through the third quarter, compared to 621,680 units in 2021, post lockdown. And with third-quarter demand totaling 72,084 apartments against the third quarter’s inventory growth of 152,593 units, the vacancy rate increased from 4.9 percent to 5.4 percent.

Across the United States in the second quarter of 2022 there were 31 metros reporting double-digit rent growth. At the end of the third quarter of this year, only Miami, Knoxville and Charleston fit the bill. It is expected that the pace of rent increases will continue to moderate with deliveries of new product that are elevated through 2023.

There is a record 840,000 apartments under construction and the project densities are increasing. In the last five years, the average number of units per project has increased from 140 to 189. This is due to a trend toward development of mid- to high-rise buildings that also require longer construction calendars.

The rise in long-term interest rates is squeezing out high-leveraged buyers, opening the door to more traditional institutional sources and well-capitalized private buyers.