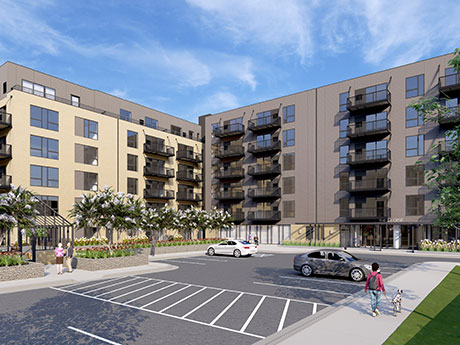 MINNEAPOLIS — Lupe Development has broken ground on a 200-unit seniors housing campus in the Bryn Mawr neighborhood of Minneapolis named Wirth on the Woods. The project will consist of 100 affordable units within a six-story building named The Theodore as well as 100 market-rate units in a separate six-story building named The Eloise. Residents of the buildings will share amenities, including an outdoor courtyard, garden and walking trails.