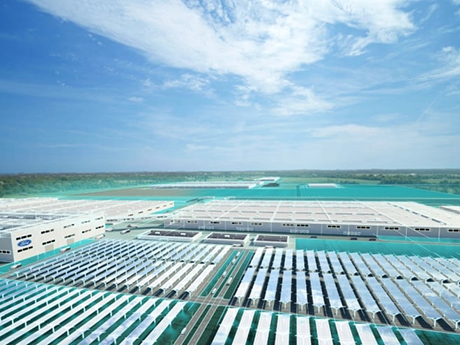 Ford Motors and SK Innovation are partnering to build a 3,600-acre plant outside of Memphis, which will generate strong housing demand in the market’s eastern suburbs.

The potent demand that carried the market to such record-setting extremes continued into the beginning of 2022, with leasing activity in the first quarter approaching 6 million square feet and net absorption surpassing 3.3 million square feet. Sustaining the steady upward trend the Memphis market has followed since the beginning of 2019, the direct vacancy rate rose 50 basis points from last year to 6.8 percent, but this increase is largely due to the profusion of spec product rather than any significant moves out of the market.

In typical fashion, the bulk of leasing activity occurred in the Southeast, DeSoto County and Marshall/Fayette County submarkets, comprising more than 75 percent of the quarter’s total volume. But even the Northwest submarket has seen more action recently with the delivery of Amazon’s 181,500-square-foot last-mile facility in the Raleigh neighborhood and several lease transactions to fill much of the former Sears Logistics building.

In the Southeast submarket, Frito-Lay occupied its 107,540-square-foot build-to-suit and KPower Logistics backfilled more than 500,000 square feet vacated by Baxter Healthcare Corp. following its move to Marshall County late last year. DeSoto County accounted for all of the 1.3 million square feet of speculative construction that completed in the first quarter, including two buildings in Hillwood’s Legacy Park and Exeter Property Group’s Southaven Park 55.

In addition to the 6.5 million square feet of speculative product that was already underway, Huntington Industrial Partners, Scannell Properties and Panattoni broke ground on another 2.2 million square feet to add to what seems to be an interminable pipeline of industrial product. Preleasing activity at these sites has been strong, as 34 percent of the space has been leased by tenants such as AerCap Materials, Crown Castle, Performance Food Group and Bed Bath & Beyond.

Brokers are also reporting less downtime for Class A and B second generation spaces. A year or two ago, agents would allow six to nine months to backfill, but they are now generally able to budget one to three months.

Memphis has historically been an attractive location for industrial users due to its low rental rates, particularly as an affordable alternative to primary markets. However, asking rates are on the rise due to inflation and availability constraints, now nearing $4 per square foot. High construction costs are also pushing rent appreciation on second-generation space as landlords retrofit buildings to meet the unique needs of occupiers. As tenant demand has yet to relax, upward pressure on rental rates is expected to continue.

The persistence of robust fundamentals has encouraged investor interest in the market. MSCI Real Assets reported $485 million in investment sales volume during the first quarter. Notable transactions include Equus Capital Partners’ $80.5 million acquisition of two buildings totaling 740,000 square feet in the Southeast submarket from Ares Management and CBRE Investment Management’s purchase of DeSoto 55 Logistics Center from Hillwood for $37.7 million. Northstar Commercial Partners disposed of two buildings in Southwide Industrial Park, which were attained by Olymbec for $12 million. Twelve-month average pricing reached a high of $57 per square foot, which is a year-over-year increase of 9.5 percent.

Whether the market’s strong fundamentals can counter the changing macroeconomic landscape, principally high seller pricing and rising interest rates, remains to be seen. The appetite for opportunities hadn’t slowed through the beginning of the second quarter, though, as transaction volume during the months of April and May reached $150.6 million.

However, the Federal Reserve’s latest benchmark rate hike of 75 basis points occurred in mid-June, and with additional increases on the horizon, some deals could become untenable.