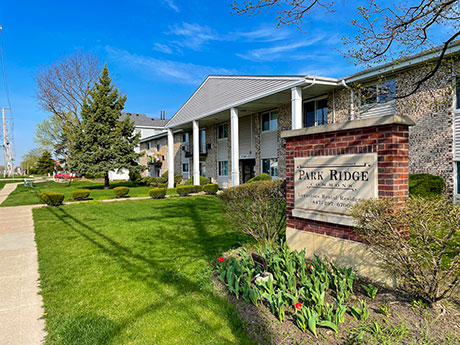 Kiser Group brokered the $117 million sale of Park Ridge Commons, a 752-unit, garden-style complex in the Chicago suburb of Des Plaines. Bayshore Properties purchased the community from H.A. Langer & Associates, which had owned the property for 25 years.

While 2021 was a record year for multifamily investment sales, brokers see no sign of a slowdown. Some dealmakers anticipate that 2022 could be an even bigger year. In 2021, U.S. multifamily property and portfolio sales nationally totaled $335.3 billion, up 128 percent over the prior year, according to Real Capital Analytics.

In 2021, Chicago-based Interra Realty sold or put under contract more than $527 million of apartment properties on behalf of clients, representing just under 3,000 units. Brad Feldman, senior managing partner, says that while some of those transactions carried into 2022, the total amount sold or under contract so far this year is more than 83 percent of the 2021 sales total.

In one particular deal in 2021, Feldman represented a family trust in its sale of a Chicago multifamily property for the first time in 50 years. Situated in the city’s Lakeview neighborhood, the building features 21 apartment units and two commercial spaces. A private buyer paid $5.2 million for the asset and plans to renovate the units, hallways and common areas. Feldman completed about 30 showings and received more than six written offers.

While today’s market tends to favor sellers, both sides of the transaction are still attractive, says Feldman. “Low interest rates have helped impact values and buyers’ willingness to stretch. We’re seeing no slowing of buyer interest.”

At the same time, investors and brokers are keeping an eye on inflation and how the expected interest rate hikes will play out for commercial real estate. In an effort to fight inflation, the Federal Reserve is expected to raise the fed funds rate from near zero in a series of increases beginning in March. (The federal funds rate is the interest rate that banks charge each other to borrow or lend excess reserves overnight.)

Danny Mantis, director with Chicago-based Kiser Group, says he’s currently seeing some equilibrium in the market. “On one hand, sellers are seeing strong buyer demand, which is pushing prices up. But on the other hand, buyers are buying into an interest rate environment that is still very low by historical standards, and they stand to benefit from inflation pushing rents higher.”

Mantis says his most noteworthy deal last year was the $117 million sale of Park Ridge Commons, a 752-unit, garden-style complex in the northern Chicago suburb of Des Plaines. Bayshore Properties purchased the community from H.A. Langer & Associates, which had owned the property for 25 years.

Investors are extremely bullish on the sector, and there continues to be new sources of capital entering the Midwest chasing multifamily product, says Parker Stewart, managing director in the Chicago office of Northmarq. “We have generated twice as many offers on almost every deal that we brought to market over the past 12 months when compared with prior years.”

Late last year, Stewart and his colleague, Dominic Martinez, represented Cohen-Esrey in the sale of Fairways at Lincoln, a 613-unit property in Lincoln, Nebraska. Connecticut-based Hamilton Point Investments purchased the community, which was built in 2007. The listing generated 260 signed confidentiality agreements from interested buyers across the country and 24 offers, only two of which were from local buyers, according to Martinez, who is an associate vice president in Northmarq’s St. Louis office.

Keith Turnbill, managing broker with RE/MAX Advanced Realty in Greenwood, Indiana, notes one apartment building that sold for $640,000 in March 2020 and then again in late 2021 for over $900,000. “When a property comes on the market, it goes under contract nearly immediately,” says Turnbill. “I have multiple buyers looking for multifamily investment properties with very limited inventory.”

Investors have flocked to the multifamily sector as a safe haven throughout the pandemic, regarding it as a more stable asset class than retail, office or hospitality.

“Multifamily is an extremely sustainable investment over time,” says Stewart. “People are always going to need a roof over their head, especially when times are as challenging as now to buy a home.”

A dearth of homes for sale and rising home prices are helping boost demand for apartments. Home prices nationally were up 18.5 percent year over year in December, according to a report from property data firm CoreLogic.

The solid fundamentals that the multifamily sector experienced in 2021 are expected to continue in 2022. Effective rents for new leases are projected to grow an average of 10 percent nationally in 2022, after reaching a record annual increase of 13.9 percent in November 2021, according to real estate  data analytics firm RealPage Inc.

Strong investor appetite in the multifamily sector has caused cap rates to decrease. Nationally, the average cap rate compressed to an all-time low of 4.5 percent in the fourth quarter of 2021, according to CBRE.

Cap rates for large, Class A properties in the Minneapolis and St. Paul metro areas are currently around 5 percent, according to Kevin Goettl, an associate with RE/MAX Results in Apple Valley, Minnesota. While better returns can be found outside the metro area, it’s important to note that age, condition and the number of units will all factor into the cap rate, he says.

While the cap rate compression trend is not as prominent in Midwest markets as it is in regions like the Sun Belt, it has been strong in neighborhoods surrounding central business districts and in nearby suburbs, says Bill Baumann, principal and managing broker with Chicago-based Monarch Realty Partners. “Many of these areas have also had less new development until recently and have greater potential for rent growth.”

Monarch brokered the sale of a recently constructed multifamily portfolio just east of the Chicago O’Hare International Airport for $38 million. The sales price represented the highest per-unit price for a multifamily property in the Montclare submarket, according to CoStar.

“Throughout most of 2021, we saw cap rates compress. As we began hearing serious chatter that the Federal Reserve would reduce the size of its balance sheet and raise interest rates in 2022, we’ve seen a stable cap rate environment,” says Mantis. “From a broker’s standpoint, I think we’ll see cap rates stay stable for most of the year, but they may begin to tick higher as we move toward 2023.”

In January, the Consumer Price Index rose 7.5 percent year over year. That’s the highest inflation rate in 40 years. Naturally, high inflation means increased prices for both landlords and tenants. “As the cost of building ownership rises, it gets passed on to the tenants,” says Goettl. “Property taxes, utility and insurance costs are climbing at an alarming rate. Owners are forced to raise rents to cover these costs and remain profitable.”

Landlords have been experiencing inflation in the cost of goods — notably appliances, cabinets and flooring as well as labor, says Baumann. “Some are able to pass along these costs to tenants in the form of rent increases. However, this varies from building to building, depending on how much in demand the property is and how elastic the neighborhood is in terms of renter incomes and their ability to pay more.”

While rents have risen, the workforce is experiencing wage increases at the same time. The Washington Post reported that businesses are expected to bump up pay an average of 3.9 percent in 2022, marking the fastest wage growth since 2008, according to a report by the Conference Board. Mantis says he believes that the wage increases are partially responsible for the rise in inflation.

Despite the inflationary pressures, multifamily brokers don’t have much concern for the future of the multifamily investment market.

“While investors will be watching what the Federal Reserve does and are anticipating multiple rate hikes this year, we expect apartments to remain among the most preferred property types and best investments for 2022,” says Baumann.

Martinez echoes this sentiment, saying he expects interest rates to continue to climb. “But we feel like the overall climate in the housing market right now is strong enough to maintain valuations to a reasonable extent,” he says. “We’re extremely bullish on the market from a transactional standpoint based on conversations we are having every day with buyers and sellers.”