Posted on November 8, 2022 by Jeff Shaw in Features, Multifamily 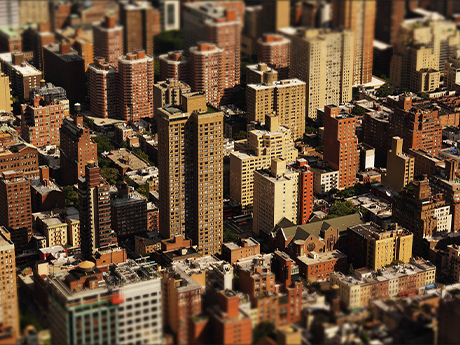 A quarterly survey from the National Multifamily Housing Council indicates that apartment market conditions weakened over the last three months, as market tightness, sales volume, equity financing and debt financing readings all came in below the breakeven level.

WASHINGTON, D.C. — The Federal Reserve last Wednesday raised the benchmark short-term borrowing rate by another 0.75 percentage point to a target range of 3.75 to 4 percent. The move by the central bank marked the sixth time this year that it has raised the fed funds rate, which now stands at its highest level since January 2008. The series of rate hikes is part of an aggressive effort by the Federal Reserve to combat inflation, which reached a 40-year high of 9.1 percent in June on a year-over-year basis and has held at elevated levels in the ensuing months. Inflation came in at 8.2 percent in September.

The high interest rates have had a notably negative impact on the multifamily sector, according to the data from the National Multifamily Housing Council (NMHC), based out of Washington, D.C. Four indices in the trade association’s latest Quarterly Survey of Apartment Conditions came in below the breakeven level, loosely defined as the point at which there is no change in market conditions.

The latest findings were based on the responses of 268 CEOs and other senior executives of apartment-related firms nationwide. The survey was conducted Oct. 17-24.

“The Fed’s continued interest rate hikes have resulted in higher costs of both debt and equity and a higher degree of economic uncertainty,” noted NMHC’s Chief Economist Mark Obrinsky. “This has caused the market for apartment transactions to come to a virtual standstill, as buyers seek a higher rate of return than sellers are unwilling to accommodate via lower prices.”

Market tightness in NMHC’s October 2022 Quarterly Survey of Apartment Conditions came in at 20, down from July’s reading of 51. This is the first time the number has been below breakeven levels in six quarters. The Market Tightness Index in July was 43.

Eighty-nine percent of respondents to the October survey reported lower sales volume than three months ago. The Sales Volume Index reading gives an indication of sales volume performance nationally. For example, a reading above 50 indicates an increase, whereas figures below 50 indicate a decline. The Sales Volume Index stood at 59 in January, but has been on a nosedive for much of this year, falling to a reading of 50 in April, 10 in July and then 6 in October.

This is the lowest Sales Volume Index reading since April 2020, after the initial onset of the COVID-19 pandemic, which also saw a reading of 6. It is also the third time since NMHC first conducted the survey in 1999 that this index has reached single digits.

The Equity Financing Index also decreased compared with the prior three months, coming in at a reading of 12, down from 18 in July, 35 in April and 67 in January. This was below the breakeven rate of 50, indicating less availability of equity financing. As with the Sales Volume Index, an Equity Financing Index reading of greater than 50 indicates that, on balance, equity finance is more available.

The apartment market overall seems to be reverting to pre-pandemic trends, according to NMHC. “The physical apartment market is starting to normalize after six consecutive quarters of tightening conditions,” said Obrinsky in a news release announcing the latest quarterly findings. “The majority of survey respondents have reported higher vacancy and lower rent growth compared to the three months prior.”