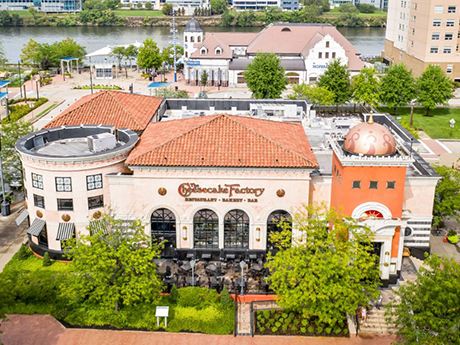 Nearly 395,000 residents live within a five-mile radius of Southside Works, which also boasts proximity to two major universities: the University of Pittsburgh and Carnegie Mellon University.

PITTSBURGH — Northmarq has brokered the $7.1 million sale of a 13,575-square-foot restaurant building in downtown Pittsburgh. The freestanding building is located within the Southside Works development and is leased to The Cheesecake Factory, which has occupied the property since its original construction in 2004. Asher Wenig of Northmarq represented the buyer and seller, both of which were New York-based firms that requested anonymity, in the transaction.