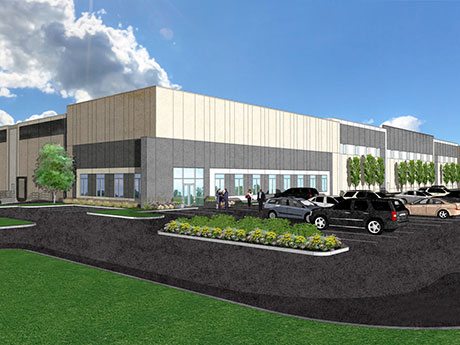 Toledo Trade Center is being built on the site formerly home to North Towne Mall.

TOLEDO, OHIO — NorthPoint Development has broken ground on Toledo Trade Center, a three-building industrial project totaling more than 853,000 square feet in Toledo. The speculative project is being built on the site that was formerly home to North Towne Mall, which closed in 2005. NorthPoint estimates that the $84.6 million investment, excluding tenant improvements, will create more than 564 direct and indirect jobs and generate over $11.8 million in annual permanent wages for the local community. Rudolph Libbe Inc. is the general contractor. The first building is slated for completion next summer. Reichle Klein Group will serve as the leasing agent.