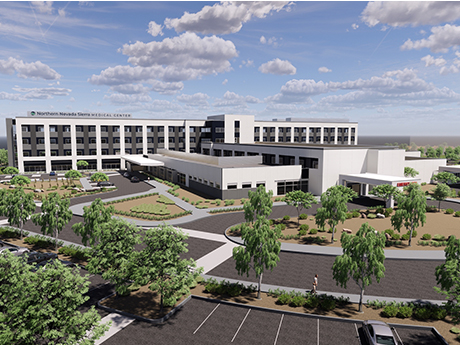 The new UHS hospital is projected to bring 350,000 square feet of hospital and medical office space to Reno’s South Meadows submarket. This is the first full-service hospital to be built in the region in nearly a century, and is expected to open sometime this year.

Northern Nevada’s office market has continued to post strong fundamentals this year. Positive tenant demand has improved vacancy in recent quarters, though an uptick in available sublease space could impact market-wide vacancy in the future. The Reno-Sparks region has also seen a handful of new speculative office construction starts that will add trophy office and medical office space to the downtown and South Meadows submarkets.

Strong economic recovery has been evident this year as Nevada reached a new employment peak of nearly 1.5 million jobs in June. Washoe County’s population has grown an impressive 17.1 percent since 2010, to 500,000 people. A study by Woods and Poole Economics estimates the area will reach 764,000 people by 2060. 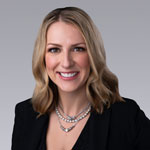 Market-wide vacancy rates dropped to 10.6 percent in the third quarter of 2022, down 200 basis points year over year. Downtown vacancy fell 310 basis points to 11.7 percent, while suburban vacancy fell 180 basis points to 10.3 percent in the same period. Vacancy has continued to improve since the onset of the pandemic, though the Reno area has started to see an increase in available sublease space hitting the market. About one quarter of all available space is currently listed on the sublet market as some companies opted to release excess square footage to the market as they find their necessary office footprint.

Rental rates have also seen steady improvement as regional average direct asking rates grew to $1.93 per square foot on a full-service gross basis, which is up 10 cents year over year. The Meadowood, South Meadows and Downtown submarkets have been among the most active this year. The largest leases were Clear Capital’s roughly 77,000-square-foot lease at Reno City Center and ITS Logistics’ expansion at 50 W. Liberty Street, which doubled the company’s space to about 40,000 square feet.

New speculative construction began at Renown South Meadows Specialty Care Center this quarter, which will deliver 121,117 square feet of Class A medical office space to the South Meadows submarket. About 70 percent of the available space will be occupied by Renown, with some 40,000 square feet still available for lease. Downtown Damonte, a new mixed-use project in south Reno, was also announced recently. This DiLoreto Companies and Nevada Pacific Development Corp. project will include residential, retail, restaurant and up to 150,000 square feet of office space. Scheduled to deliver in early 2025, the project is set to house Ridgeline’s new tech campus and its estimated 1,500 employees.

Reno has seen continued positive net absorption in the past five quarters despite growing sublease availability on the market. As this year has been marked by strong tenant demand, declining vacancy and robust rent growth, office properties have experienced renewed interest from investors and tenants alike.