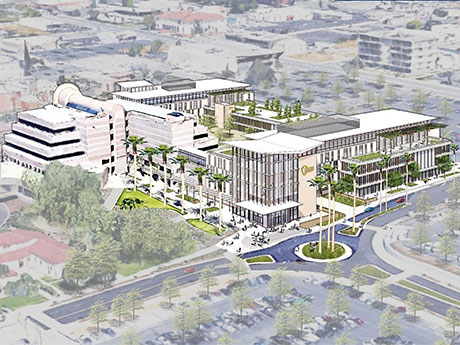 Encompassing 62 square miles, San Bernardino is the governmental seat of San Bernardino County, the largest county in the world at more than 21,000 square miles. About 86,000 people alone work within the city, per the 2020 Census. The largest industries are retail (12,280 people), transportation and warehousing (11,164 people) and health (9,603 people). 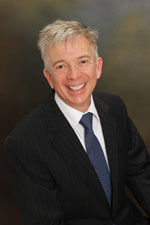 San Bernardino was historically a vibrant metropolitan whose image has become tarnished over the years. It is famous for its affiliation with Route 66, which runs through the city and allowed many people to emigrate to the Golden State. The first original McDonald’s restaurant – now a museum – was opened in San Bernardino in 1940.

To restore the former luster and recognize the potential for San Bernardino, local governments have pulled together on several fronts. Multiple recent infrastructure improvements and redevelopments were completed and planned for San Bernardino, which should help attract office users.

Public Transportation, provided by Omni Trans, has been enhanced thanks to new bus use only express lanes, which has dramatically improved the on-time schedules for their passengers.

San Bernardino now contains more than 12 million square feet of office space – which is considered a large office market. The vacancy rate, which was over 15 percent in 2012, fell to about 10 percent pre-pandemic and now stands at about 8.6 percent, according to CoStar, with about 1.2 million square feet available.

The pandemic’s biggest impact was on nicer Class A and B properties, which has risen to about 9.4 percent, from a low of 3.9 percent pre-pandemic. The City of San Bernardino declared Chapter 9 bankruptcy in August 2012 in what may be considered the longest and most complicated municipal bankruptcy in the United States. It finally emerged from bankruptcy on Sept. 8, 2022, with more than $40 million in cash reserves.

The November 2022 ballot includes an advisory measure asking voters if the County Supervisors should consider the county seceding from California due to a perceived lack of funding support from the state. Should the county secede, the City of San Bernardino would be poised to become the 51st United States Capitol.