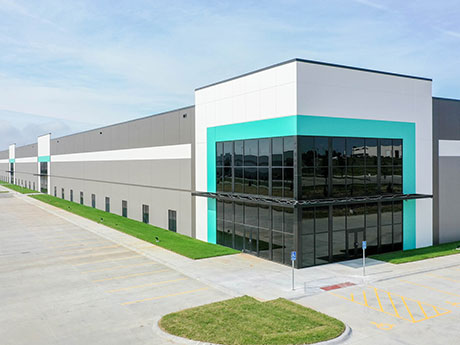 By Denny Sciscoe, The Lund Co.

Omaha has traditionally been a risk-averse market with steady, slow-paced growth. Since 2016, Omaha has seen increased speculative development, which is absorbed as fast as it is built. In 2020, we began to see
hyper-development, fueled by increased demand and developer confidence.  The increased demand was a result of COVID-19, where we experienced five years of growth in a 12-month period as occupiers scrambled to find space for inventories and e-commerce, which was exasperated by the demand to store “just in case” inventories.

Rents were increasing around 4 percent annually from 2016 to 2020 and have doubled to 8 percent growth from 2021 to present. During the same period, speculative development increased by approximately 270 percent annually, while the size of the developments increased by 40 percent. The average rent across all industrial property types is $7.16 per square foot, which is about 33 percent less than the national average.

There are other regional and institutional developers that are working to acquire land, but ready-to-develop land acquisition is challenging. Of the 2.2 million square feet of speculative development under construction, 25 percent is preleased. The developments are pushing outward and expanding our market footprint.

NewStreet is developing our first speculative cross-dock facility, consisting of 400,000 square feet, with room for up to 2 million square feet in Gretna.

R&R has developed approximately 1 million square feet at R&R Commerce Park, which is fully leased and is home to Walmart, Van Meter, Ford Storage, XPO and Mission Foods. R&R has started on its second development, R&R Commerce Park South. The firm is currently building about 500,000 square feet, which is already 15 percent leased during construction.

The Meyers Family has developed a 170,000-square-foot build-to-suit property for US Auto Force, with plans to develop the remaining ground.

Century Development and Greenslate are pioneering developing into the Northeast industrial submarket where tax-increment financing (TIF) is available with access to labor and Eppley Airfield.

Scannell has developed a last-mile facility for Amazon and a 350,000-square-foot FedEx facility.

Limited infrastructure, supply chain constraints and rising construction costs is making development more challenging. There is a lot of land available but not having proper infrastructure, mainly utilities (sewer), have constrained development potential. A sewer agency has been formed and is making progress on opening up development land in Sarpy County. Supply chain constraints are softening but developers and tenants are still seeing project timelines extended.

The forecast for our industrial market remains bullish. Tenant demand and low vacancy rates will continue to drive development velocity and increase rental rates. Omaha is a conservative development market that has seldom got ahead of its skis. Omaha is in a good position to weather any headwinds that may be coming, and the market is expected to see steady growth into the foreseeable future.

Denny Sciscoe is director of industrial services with The Lund Co. This article originally appeared in the October 2022 issue of Heartland Real Estate Business magazine.