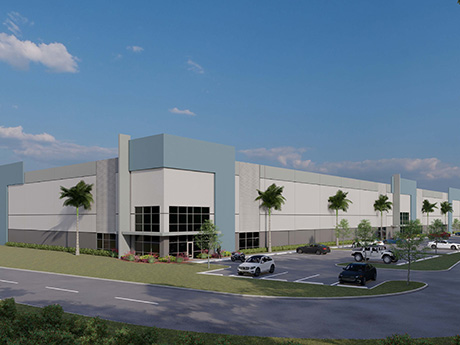 Onicx Group and Aries Capital have acquired 83 acres in Edgewater, Fla., to serve as the site for an industrial park development called Space Coast Industrial Park at Parktowne.

EDGEWATER, FLA. — Tampa-based Onicx Group has acquired 83 acres of industrial land in Edgewater in a joint venture with Aries Capital. The companies, which acquired the site for $4.2 million, will develop a 1 million-square-foot industrial park called Space Coast Industrial Park at Parktowne.

Groundbreaking for the development is expected in January 2023. Phase I will include the construction of two buildings comprising 133,500 and 176,000 square feet, for a total 309,500 square feet. Completion of the first phase is anticipated for the first quarter of 2025.

Orlando-based C4 Architecture will serve as the project’s architect. Scott Claiborne of Onicx led the site identification and development approval process, with Neil Freeman, Matt Carney and Brandon Perdeck of Aries overseeing the land acquisition and transaction structure and financing.