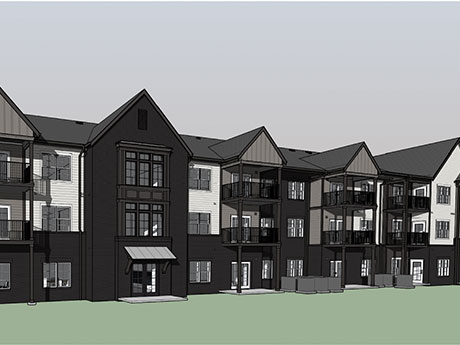 Despite the affordable housing crisis, Des Moines has managed to endure the adverse factors that have caused a boom in housing prices nationwide — but we still have a ways to go. A sustained demand, an influx of business and new projects by national developers all played a role in Des Moines’ multifamily growth over the past two years.

Home to some of the largest multinational finance and insurance corporations, Des Moines has pioneered Iowa’s growth. The city has also seen population growth — the most recent census revealed that Des Moines’ suburbs led to Iowa’s development while the city itself grew by 5.4 percent.

Des Moines is the 10th-best place for business and careers, according to Forbes, and ranked as the fifth-best city to live in, according to U.S. News and World Report. The capital city has experienced a boom in employment, with a rise in the number of high-tech jobs, at a 6.7 percent rate. The Midwest’s low cost of living (7 percent lower than the national average) and Des Moines’ proximity to large cities have contributed to the growth of key industries, including logistics, ag-bioscience, manufacturing, data and insurance.

Despite COVID-19, Des Moines mirrored the growth we saw in multifamily markets across the country. Prices for new and resale developments, especially in Des Moines’ suburbs, are at record highs, with buyers willing to pay a premium over asking.

This monumental rise in prices is spurred by the desire to invest in the multifamily market. The years before the pandemic saw an influx of multifamily development in the city. As new projects slowed down, many saw an opportunity to allocate their wealth to real estate. Low credit rates, which characterized the several months following the onset of the pandemic, served as a golden opportunity for homeowners to grow their wealth despite inflation.

Additionally, Des Moines’ growth in population and appeal to new businesses contributed to the demand for multifamily units. Robust employment figures throughout the pandemic continued to bring in investments. While some urban developments saw a fall in occupancy rates during the ‘lockdown,’ the limited number of multifamily developments kept the multifamily market afloat.

As home sales prices surge, the U.S. falls short of the demand for affordable housing. According to the Pew Research Center, 46 percent of renters spent over 30 percent of their income on housing in 2020.

The Iowa Finance Authority found that, “The lowest income Iowans, those earning between 0 to 30 percent of median family income, or $0 to $23,070, are the most severely housing cost-burdened in the state, with 55 percent of this segment paying more than 50 percent of their income for housing costs.” The continued path that we are on is unsustainable and unprecedented.

With this rift between demand and supply for affordable housing, developers must take prompt initiatives to construct affordable offerings now.

Hopeful new developments in the area include Pointe on 88th, slated to open later this year. It will support ongoing affordable multifamily housing needs in Des Moines, as 44 out of 49 units are reserved for residents earning 30 to 60 percent of the AMI.

Federal Point, a workforce housing property in Davenport, will also address the demand for housing in Iowa. The four-story development adds 185 new units, all reserved for residents who earn at or below 60 percent of the AMI. Construction is also underway for Annex on the Square, a new mixed-use, mixed-income multifamily property set in downtown Cedar Rapids.

It’s also important to note how pivotal state and local agencies are for incentives, grants and funds to support housing, particularly when organizations are aligned in their mission to address housing affordability and shortages.

For example, TWG Development partnered with Iowa Finance Authority to source low-income housing tax credits (LIHTC) for the development of Lillis Lofts. The multifamily property opened in Urbandale in December 2021, adding 43 units ranging from two to three bedrooms, offered at affordable monthly rates determined by renters’ incomes, who earn 30 and 60 percent of the AMI. The property was also co-developed by Dream Catcher Inc., a Des Moines nonprofit that helps build housing for low-income individuals and those with disabilities.

It’s necessary for developers in Des Moines to replicate such critical partnerships, establishing relationships with organizations committed to making housing universal and collaboratively dedicating their resources toward affordable housing. Putting an end to this crisis only works when we do it together. It takes all of us, and these local, state and federal partnerships bring us directly toward our mission of housing for all.

With a steady rise in homeownership coupled with the upward trend of rent prices, the impetus is on developers to address the demand by adding housing. As members of the real estate industry, we must continue to work together and act on providing safe, affordable housing for every American.