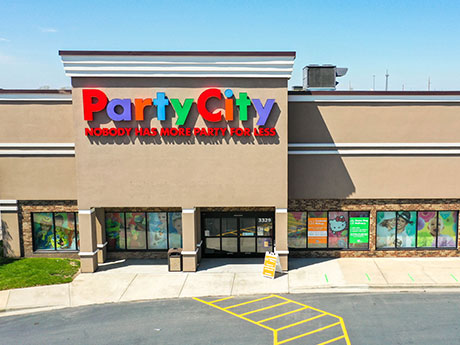 Party City’s more than 800 stores will remain open during the bankruptcy process. The company says it will continue to advance its key initiatives underway, such as converting stores to next-generation prototypes, evolving Halloween City pop-up stores, building out its online shopping experience, establishing localized marketplaces and delivering more compelling assortments and innovation for customers.

Party City and some of its domestic subsidiaries filed voluntary Chapter 11 petitions for relief in the U.S. Bankruptcy Court for the Southern District of Texas. The company’s subsidiaries outside of the U.S., its franchise stores and its Anagram foil balloon business are not part of the Chapter 11 proceedings.

The Woodcliff Lake-based party-goods retailer has entered into an agreement with a group holding more than 70 percent of the company’s senior secured first lien notes to support an expedited restructuring. Party City has secured a $150 million commitment from the group in debtor-in-possession financing.

Party City’s stock price closed at 37 cents per share Tuesday, Jan. 17, down from $5.40 per share one year ago. In December, Party City received notification from the New York Stock Exchange (NYSE) that it was no longer in compliance with NYSE criteria that requires listed companies to maintain an average closing share price of at least $1 over a consecutive 30 trading-day period. Under NYSE’s rules, Party City has a period of six months from the receipt of the notice to regain compliance with the minimum share price requirement.

Brad Weston, CEO of Party City, cites pandemic headwinds, a global supply chain crisis and other macroeconomic challenges that the industry has faced. But he also states that the company has made “significant strides in its ongoing transformation.”